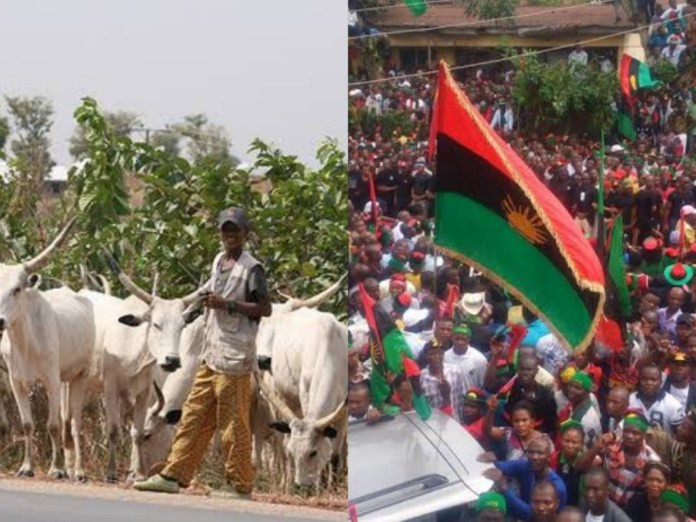 IPOB bans rearing and consumption of ‘Fulani’ cattle in South-East

The Indigenous People of Biafra (IPOB) has banned rearing and consumption of ‘Fulani’ cattle in Igboland.

Edoziem said from April 8, 2022, only the local breed would “be consumed and used for all ceremonies in Biafraland.”

“8th April 2022 is the date. From that date, no more Fulani Cow shall be allowed into Biafraland for any reason, not for burials, title taking, weddings etc.

“Only Efi Igbo (Local Cow) shall be consumed and used for all ceremonies in Biafraland.”

He claimed that the decision was taken following constant attacks on Igbos by suspected Fulani herdsmen, resulting in killing and raping of South-East women and other forms of assaults.