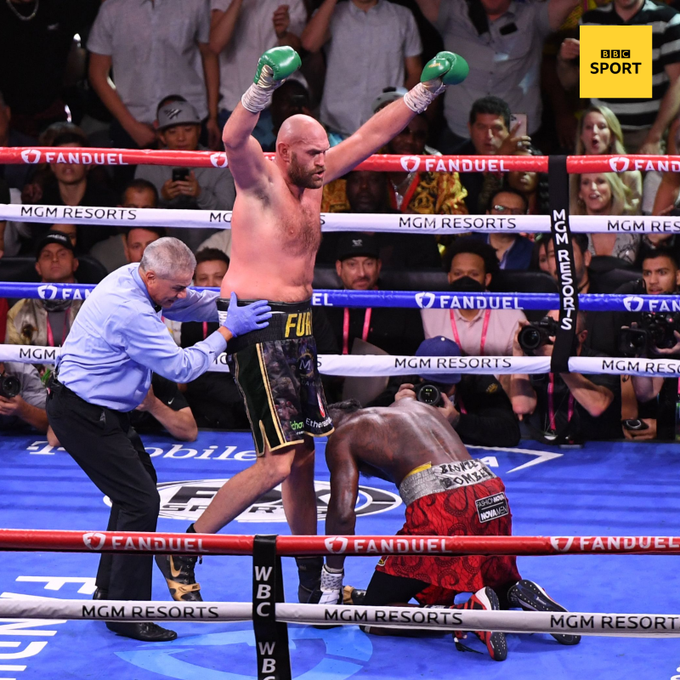 Fury delivered the final blow in the 11th round to end Wilder’s defiant display .

Fury, 33, was floored twice in the fourth round, having sent Wilder to the canvas in the third round.

But the Gypsy King, still undefeated in his career, rallied and then sent Wilder into a continuous barrage of onslaughts in the next rounds. .

After giving Wilder a knockdown in the 10th round, Fury sealed the victory in the 11th round with a devastating punch that sent his American rival crashing to the floor.

This is the third time both fighters faced each other. The first fight ended as a draw which many thought Fury won, the second was a win by Fury and now this is the third.

With the win, Fury has now confirmed his status as the best heavyweight boxer in the world and will now look to fight the winner of the rematch between Oleksandr USyk and Anthony Joshua for the Undisputed heavyweight championship of the world.