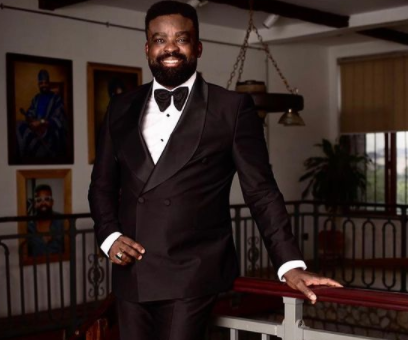 300,000 Nigerian Young People to be Trained in Film, Television, and Motion Production through KAP Academy and Mastercard Foundation Partnership

In a landmark partnership announced today, 300,000 Nigerian young people will be trained in film, television, and motion picture production over the next three years. The partnership is between Lagos-based KAP Film and Television Academy and the Mastercard Foundation.

Founded by award-winning Nigerian actor, director, and filmmaker, Kunle Afolayan, the KAP Film, and Television Academy is one of the specialized services subsidiaries at the KAP Hub in Lagos, which was formally unveiled to the public on Thursday, September 30th, 2021.

“The Academy focuses on growing the next generation of skilled filmmakers through the tutelage of veterans and film professionals who provide hands-on experience in diverse aspects of filmmaking to enrolled students,” said Kunle Afolayan, KAP Academy.

According to a statement by the CEO & Founder, Mr. Kunle Afolayan, the KAP Academy will leverage smartphone technology for the training program and teaching will be conducted through a learning app.

“The KAP App is a mobile learning application where multimedia content – which includes video and audio lessons, visual presentations, video simulations, and interactive testing – will be delivered to the students. It will allow students to have access to interactive learning content, industry professionals, community forums, an electronic library, a job board, financial support, contacts, and links among others,” added Afolayan.

KAP Academy’s training programme will include The Masterclass Series, a virtual series of 20 episodes providing e-learning to aspiring filmmakers, covering several aspects of filmmaking from directing, cinematography, and the business of film using Afolayan’s acclaimed movie, ‘The Figurine’, as a case study. The virtual series will be free to watch on KAPtv’s YouTube channel.

The programme will also include two levels of certifications from professional institutions in the areas of screenwriting, sound, editing, directing, cinematography, and production design, among others as well as practical hands-on training. It will also link participants to employment or gig entrepreneurship activities, not only in the film industry via placements and internships, but in related sub-sectors such as fashion, make-up, music scores, editing, and scriptwriting.

To ensure young people enrolled in the programme have access to the tools required for digital learning, free tuition and smartphone devices will be offered to students from less privileged backgrounds. These tools are being provided through a partnership with the Mastercard Foundation and its Young Africa Works program in Nigeria.

“The Nigerian film industry (Nollywood) produces approximately 20,000 films annually and generates estimated revenues of up to US$600 million. It is the largest film industry in Africa and the third largest globally, after Hollywood and Bollywood,” said Chidinma Lawanson,

Nigeria Country Head at the Mastercard Foundation. “Despite this growth and scale, many important aspects of the industry remain informal and fragmented. As a result, very few practitioners can reach their full potential creatively and economically. The Foundation’s partnership with KAP has the potential to enable at least 102,500 work opportunities for youth in the vibrant creative industry in Nigeria,” Lawanson added.

Applications are open to anyone between the ages of 18 and 35 years old. Selection will be based on a one-minute video pitch to assesses the level of skill, passion, and socio-economic status of each applicant. To encourage strong female participation, 50% of the placements in the programme will be given to young women.

“Back in high school, I dreamt of this day” Secondary school friends get married to each other after 17 years of friendship