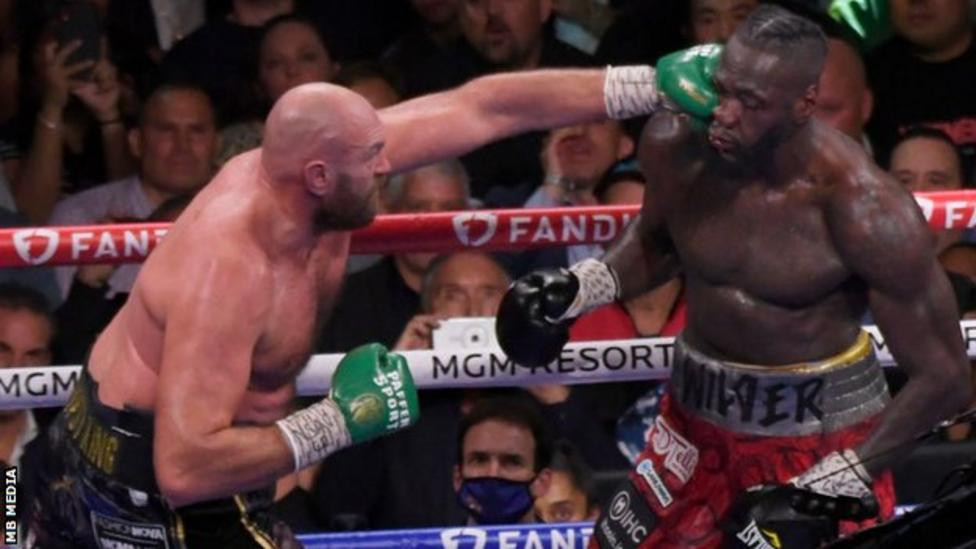 Heavyweight boxer, Deontay Wilder will not be quitting boxing after losing to Tyson Fury for a second time, says the American’s trainer Malik Scott.

Wilder and Fury contested a controversial draw in December 2018 before the Briton won the February 2020 rematch when Wilder’s then-trainer Mark Breland threw the towel into the ring in the seventh round.

That move angered Wilder so much that he dismissed Breland and replaced him with Scott, a fighter he had defeated in 2014.

In the third Fury-Wilder bout, both men were knocked down, Fury twice in the fourth and Wilder in the third and 10th rounds before a third knockdown in the 11th saw the referee stop the fight.

Wilder, 35, was knocked out in the 11th round by the Gypsy King in a thrilling WBC world championship fight in Las Vegas on Saturday, October 9 but despite the nature of the loss, Scott says Wilder would not be retiring.

“Deontay has set his family financially secure so he doesn’t have to fight to make a living,” Scott told iFL TV.

“But retiring is not in his plans at all and not something we’ve discussed.”

Scott, 40, said there was not a moment when he considered ending the contest to protect Deontay Wilder from being damaged physically.

“Over the years of me knowing Deontay, he has always said throwing the towel in with a knockout artist like him wouldn’t be tolerated,” added Scott.

“It’s something I respected. The last knockdown was the worst knockdown and the ref called it off.

“Deontay and Mark (Wilder’s last trainer) never had a relationship outside the gym, they never talked for more than five minutes on a phone call. Me and Deontay would never fall out and not speak again – our bond is too tight.”

Wilder was world champion for more than five years from 2015 and has 42 wins, including 41 inside the distance, from 45 fights.

“He will be back in any form he wants to be,” said Scott. “He’s a big-time fighter and he doesn’t belong down there with the other guys, he needs to be in high-level fights and main events.

“Deontay Wilder was great on Saturday, but Tyson Fury was even greater – it was a great night of boxing for the heavyweight division.

“You have to give Fury credit for having a good chin and getting up. Fury is a legend and one of the best in the heavyweight division in any era, and it’s the same about Deontay.”

“Nobody warned me. Being a wife in Africa is not easy” Sandra Iheuwa says two months after her wedding