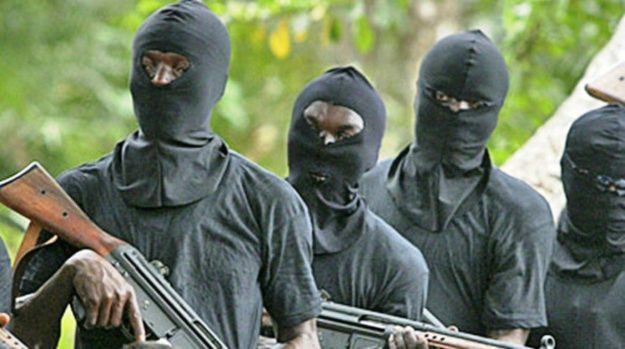 Police officers in Enugu state are currently in search of a female officer who went missing after known gunmen attacked the Police Divisional Headquarters, Umulokpa, in Uzo-Uwani Local Government Area of the state on Saturday, October 9.

The gunmen stormed the police division at about 5pm in their numbers and started shooting sporadically, damaging any facility insight.

Confirming the incident, the spokesperson of Enugu State Police Command, Daniel Ndukwe, in a statement released, said the State Commissioner of Police, Abubakar Lawal, had directed the Criminal Investigation Department, CID, of the command to intensity efforts to locate the abducted female cop.

Part of the statement reads

“The Commissioner of Police, Enugu State Command, CP Abubakar Lawal, has ordered the State CID and tactical teams of the Command to intensify ongoing investigative efforts to locate a missing female personnel and fish out the yet-to-be identified hoodlums, who in their numbers attacked and vandalized vehicles and other items at Umulokpa Police Divisional Headquarters in Uzo-Uwani LGA, in the evening hours of 09/10/2021.

He gave this order after leading a team of Senior Police Officers and Commanders of the Command’s tactical/operational teams to the scene.

Meanwhile, the general public, particularly citizens of the State, have been enjoined to assist the Command with credible information and/or intelligence that will lead to the location of the said personnel and arrest of the assailants.”

Reality star, Ka3na reacts after Nigerians mocked her diction in a video she shared (watch)