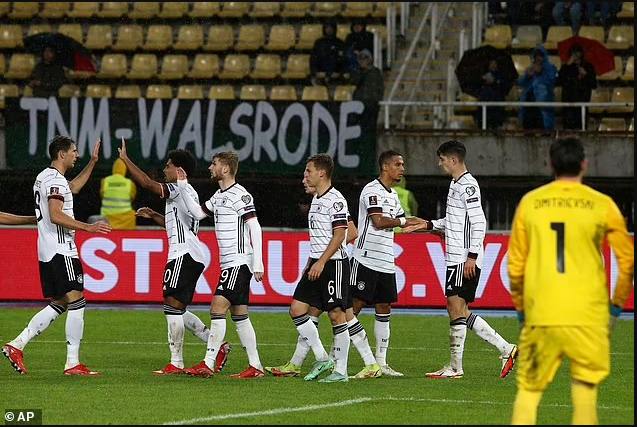 Germany are the first European nation to qualify for the 2022 World Cup in Qatar after their 4 – 0 win against North Macedonia 4-0 on Monday night, October 11, to secure top spot in Group J with two games to spare.

A second-half double by Timo Werner and one goal each from Kai Havertz and Jamal Musiala secured Germany’s fifth win in their fifth game under new coach Hansi Flick.They currently have 21 points, with Romania in second place on 13.

All group winners in European qualification automatically secure a place at the tournament in Qatar.

‘From the result it was perfect. We got what we wanted, qualified as quickly as possible and we now have five wins in a row,’ Flick, who succeeded Joachim Low earlier this year, said.

‘Again the attitude was right. Compliments to the team. They did not ease off. The first half was a bit wild and we lacked a bit of precision. But we kept at it. We can be satisfied.’

‘Please do not fall into the category of witchcraft’ Reality Tv star, Alex tells her fellow women