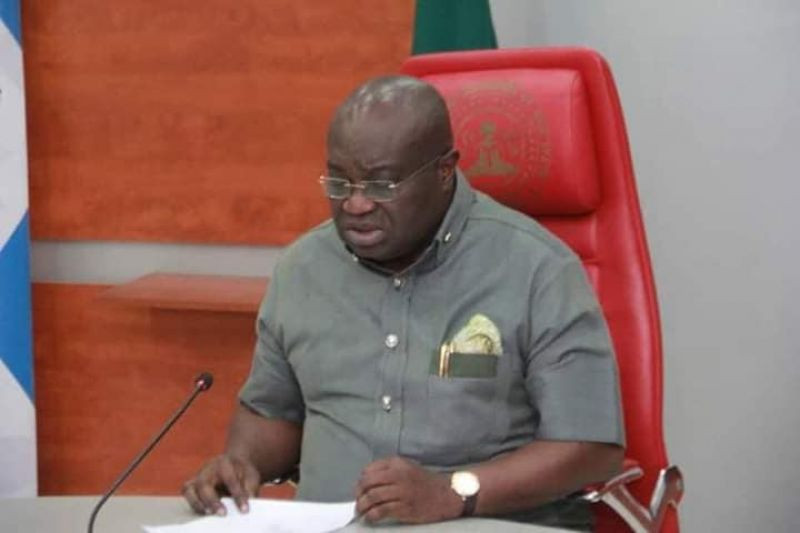 IPOB is not as bad as bandits, there’s ideological sense in what they are saying

Governor Okezie Ikpeazu of Abia state has said that members of the Indigenous People of Biafra (IPOB) are not as bad as bandits in the north.

The Governor said this in an interview on Vanguard and further stated that there is some ideological sense in what members of IPOB are saying.

Ikpeazu stated that South-East leaders must engage with IPOB and find a way to talk about the issues at stake.

“We must engage with IPOB. Yes, we must find a way to talk about the issues at stake. These people are not as bad as the ones in the northeast or northwest who go to schools and seize the whole population of teachers and students or invade the mosques and churches and kidnap all the worshippers and nobody can find them until ransom is paid.

“I believe that there is some ideological sense in what these people in the southeast are saying. There is something to listen to even though it is criminal to take up arms against the state.

“There is a message they are trying to pass in the process. We need confidence building among ourselves rather than use words that we should not use even as leaders. Nigeria is sitting on a keg of gunpowder but the solution is not too difficult to find.”

Ikpeazu who is also the Governor of the state where leader of IPOB, Nnamdi Kanu is from,  added that he cares about the IPOB leader’s welfare and wants him tried in a just and fair manner.

“I care about his welfare and I care that he should be tried in a just and fair way. I am happy that they want to bring justice to bear by looking at the allegations against him and trying him fair and square but I would not want him to be treated as if he was a convict when he has not been convicted.

“Not until otherwise, he is still my citizen and as his father it behoves on us to care for him after all the prodigal son had a father.”

Chelsea striker, Sam Kerr and her Australian team-mates speak out after shocking allegations of sexual harrassment and bullying in the team