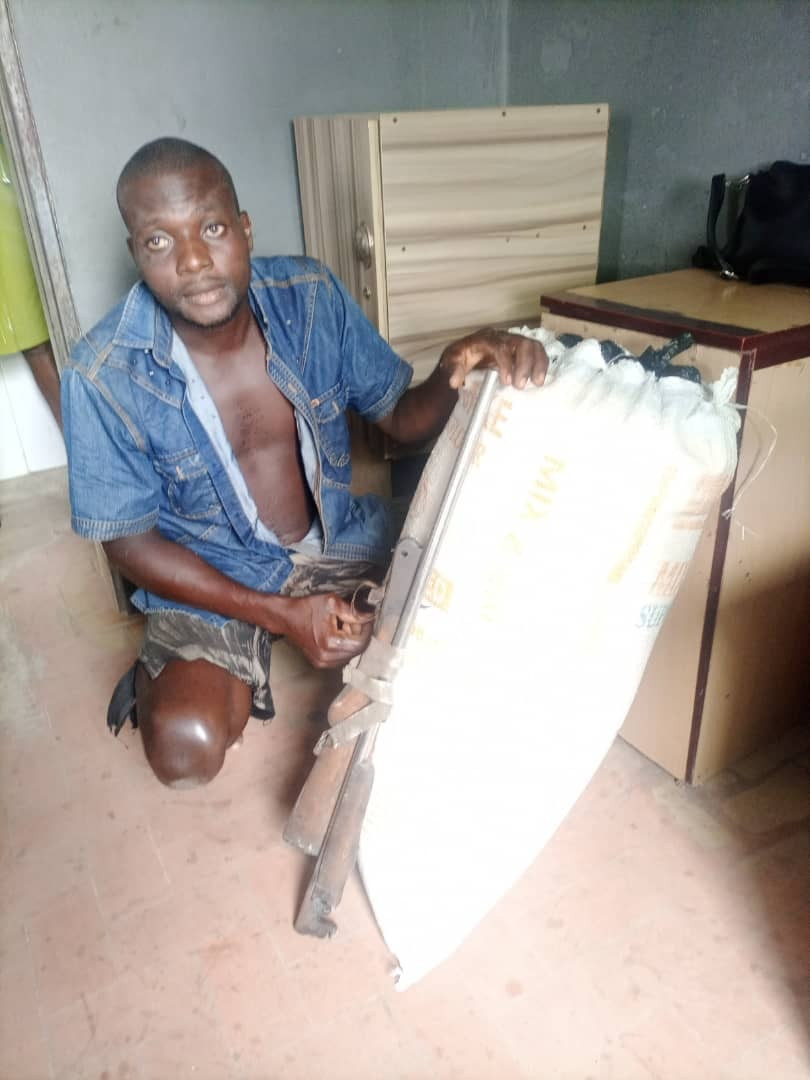 Operatives of the Delta State Police Command have arrested one Pigi Kelvin over possession of one locally made single barrel gun concealed in a bag of garri.

Spokesperson of the command, DSP Bright Edafe, who disclosed this in a statement on Monday, said the suspect was apprehended on Sunday, October 10, by a patrol team.

“On 10/10/2021 at about 1030 hrs, patrol team attached to Ovwian Aladja Division while on stop and search duty intercepted a commercial bus carrying some passengers, the operatives upon searching the passengers recovered one locally made single barrel gun concealed in a bag of Garri. The suspect one Pigi Kelvin ‘m’ of Ututuoama town Ughelli South LGA age 42yrs was arrested. Investigation is ongoing.” he stated.