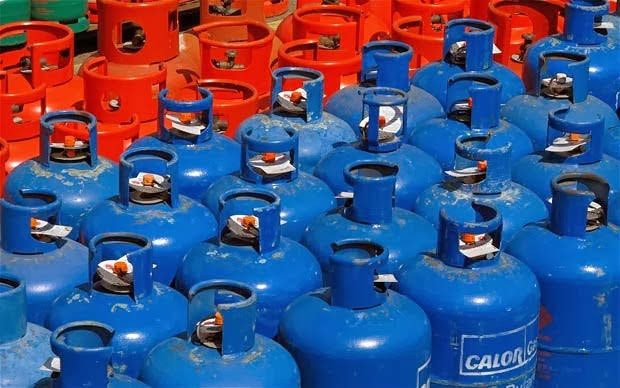 The Standards Organisation of Nigeria (SON) has declared war against manufacturers, importers of substandard cylinders and welders who refurbish the product, revealing  that many Nigerian households are still using gas cylinders manufactured in the 1970s .

Speaking at the SON workshop for journalists on LPG and petroleum sector, Head of Oil and Gas, and Directorate of training, SON, on Monday, October 1, Mr. Timothy Abner, revealed that cylinders manufactured in the 70s are still in the Nigerian market.

“I am sure if you go to the market now, you will see cylinders produced in the 70s in the Nigeria market still in circulation. They are still there,” he said.

“As a result, explosions were rampant and the quality of cylinders and accessories were suspected to be responsible’’.

Also speaking at the event, the Head of Liquefied Petroleum Gas (LPG) at SON, Mr. Williams Okpeh, further informed that the agency will in the next two weeks unveil standards for welding as part of efforts to sanitise the industry .

The Organisation also warned roadside welders refurbishing old cylinders to desist from the act which it described as a bad industry practice.

Represented by the Principal Standard Engineer, Mr. Ayiti Edward, Okpeh said it remained worrisome that most of the substandard cylinders imported from China are fake, as importers prefer to go to the South East Asian country to bring them in.

Okpeh added that overtime, SON has blacklisted some companies abroad, meaning that their products cannot be imported into Nigeria anymore.

‘’About three years ago, getting to the laboratory of a cylinder manufacturing plant abroad, made us discover that place falls far below the required standard. The wielding process was equally nothing to write home about. Till date, cylinders from that company are not allowed into Nigeria’’.

“Also about this same time, a company sponsored SON engineers abroad to certify a particular plant. But upon bringing the cylinders into the country, some of the cylinders were tested and they failed. We carried out another test, it still failed. At that point, we had to evacuate and destroy the cylinders. So sponsoring engineers for certification test does not mean such product will pass.”

He said the lifespan of a cylinder is 15 years and should re-qualified every five years in order to ascertain its integrity and suitability for continued use.

Okpeh, noted that the SON has also said the agency has found out some producers usually convert the compressors of refrigerators to cylinders.

“These cannot withstand the pressure of gas. The implication of this include the fact that lives and properties are at risk,” he said.