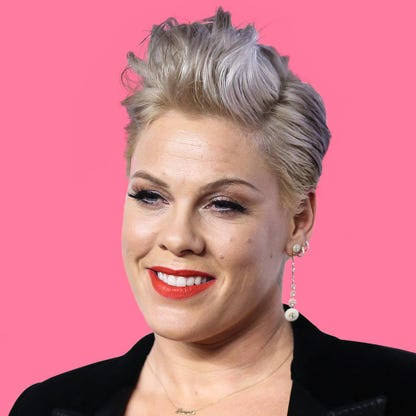 Singer, Pink has been named the most played female artist of the 21st Century in the UK, according to a new  chart compiled by music licensing company, PPL.

The ranking was compiled from music usage and airplay data from UK radio stations and television channels since 2000.

According to the PPL, Pink has been played more than Adele, Beyonce, Rihanna, Lady Gaga and Katy Perry in the UK.

Pink who hails from the US and aged 42, released her debut album Can’t Take Me Home at the turn of the century, with an R&B flavour and hits such as Most Girls, You Make Me Sick and There You Go.

Real names, Alecia Moore, she went in a rockier direction with her second album, but now does more of pop music

Her hits like Just Give Me A Reason, Try, What About Us, Sober and Walk Me Home are hits on radio and tv music stations in the UK.

Madonna came in at number two on the chart following a four-decade career .

In third place is Katy Perry, whose third album Teenage Dream was one of the most popular of the 2010s. Rihanna and Lady Gaga are fourth and fifth respectively.

The UK is represented in the chart by acts including Adele, who is in sixth place, and Little Mix, who claim ninth.

Adele’s second studio album 21 is one of the most successful releases of all time, selling more than five million copies and winning album of the year at the Grammys.

Adele has only released three studio albums to date, whereas Pink has released eight – which, could.explain why Pink has more radio play.

Peter Leathem, chief executive officer at PPL, said: “This chart brings together an incredible array of talent who have recorded some of the UK’s favourite music, including a number of the biggest and most influential albums of all time.”

The most played female artists of the 21st century in the UK: