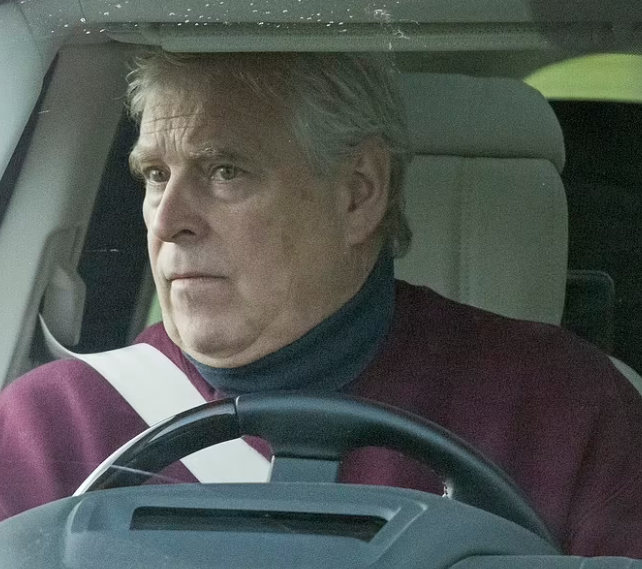 Prince Andrew was seen in Windsor today, October 11, for the first time since Scotland Yard abandoned its review of sex abuse allegations surrounding him and Jeffrey Epstein.

The 61-year-old Duke of York was pictured driving his Range Rover this morning following the latest dramatic development in the case last night.

The force has decided to take no further action over accuser Virginia Roberts’s allegation that she was trafficked to London as a 17-year-old and forced to have sex with Andrew, after its officers reportedly spoke with her.

Scotland Yard has also chosen to take no further action over claims that billionaire financier Epstein groomed and abused other young women in Britain.

Andrew is facing a civil lawsuit in the US after Miss Roberts accused him of “rape in the first degree”.

Andrew has denied the claims and his legal team is seeking to get the US case thrown out.