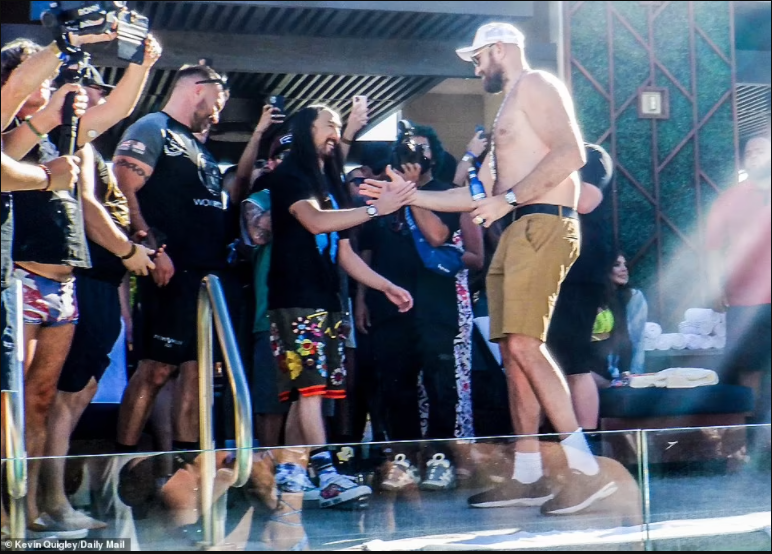 Triumphant Tyson Fury took his post-fight celebrations to the pool, just hours after his boxing win against Deontay Wilder in a thrilling 11 round contest.

The British heavyweight champion joined guests at the Wet Republic pool party in Las Vegas after partying late into the night following his emphatic win.

Shirtless Fury, 33, was joined by wife Paris and DJ Steve Aoki as he celebrated the victory at the packed afterparty event, held exclusively in his honour.

The boxer beat Wilder in the 11th round on Saturday despite being floored twice by the Bronze Bomber earlier to retain his WBC and Ring Magazine titles in Las Vegas.

The shirtless boxer told revellers: ‘Am I the greatest heavyweight of my era? Without a doubt. I believe I could beat anyone in history.