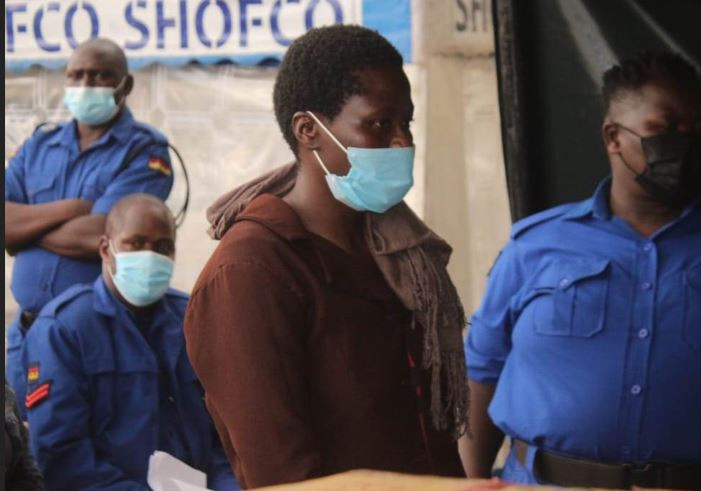 A Kenyan woman has been arraigned in court for slapping a young boy who she falsely accused of throwing stones at her house.

Scovia Muyekho was said to have found the boy whose mother was out running her daily errands, sitting outside on a rock.

It was gathered some kids who were playing outside, were the ones throwing stones on the woman’s house.

Muyekho  who reportedly dashed out to warn the kids against throwing stones at her house, found only the boy sitting outside as the kids were long gone.

Without confirming who exactly was pelting stones at her house, she approached the minor identified simply as R.D from behind and landed slaps that sent him sprawling onto the ground. R.D. ran to their house house while crying and in much pain. His two teeth reportedly got loose as a result of a slap impact.

R.D’s mother arrived home later and found her son not feeling well. The minor told her what had transpired and that the next-door neighbour was the one responsible.

The boy had difficulties in eating and six days after the incident, his uncle took him to the hospital whereby the shaky teeth were removed.  On October 3, R.D. was escorted by his mother to Kibera police station where they recorded the statement and the accused was apprehended and charged before Kibera Principal Magistrate Sharon Maroro.

She denied the claims saying that the complainant had agreed to withdraw the matter but Maroro could not approve the withdrawal since the victim was a minor. Muyekho was released on a cash bail of ksh10,000 pending mention on October 25.

I am tired of doing just photoshoots — BBNaija star, Sammie cries out