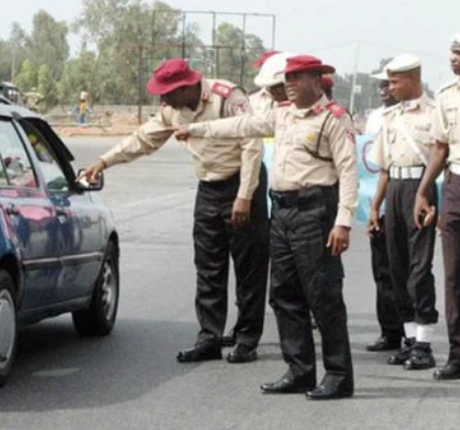 A bus driver and his passengers are fortunate to be alive after their vehicle somersaulted on the popular Long Bridge on the Lagos-Ibadan Expressway, Ogun State.

The vehicle was said to be speeding when it somersaulted on Monday, October 11.

Other road users who saw the accident rushed to the scene to help passengers trapped in the bus.

Fortunately, all 18 passengers survived, though some suffered injuries.

The driver said the accident happened when his tyre suddenly went flat while he was speeding on the bridge, according to Punch.

“I was driving when I heard a loud bang indicating that one of the tyres had burst,” he told the publication.

But before he could stop to check out the tyre, the car tumbled.

Officials of the Federal Road Safety Corps arrived at the scene and diverted traffic from the lane.

The Ogun State Sector Commander, FRSC, Ahmed Umar, who confirmed the accident, said there was no loss of life.

Have you seen my wife? How will I leave iPhone 13 and follow iPhone 3