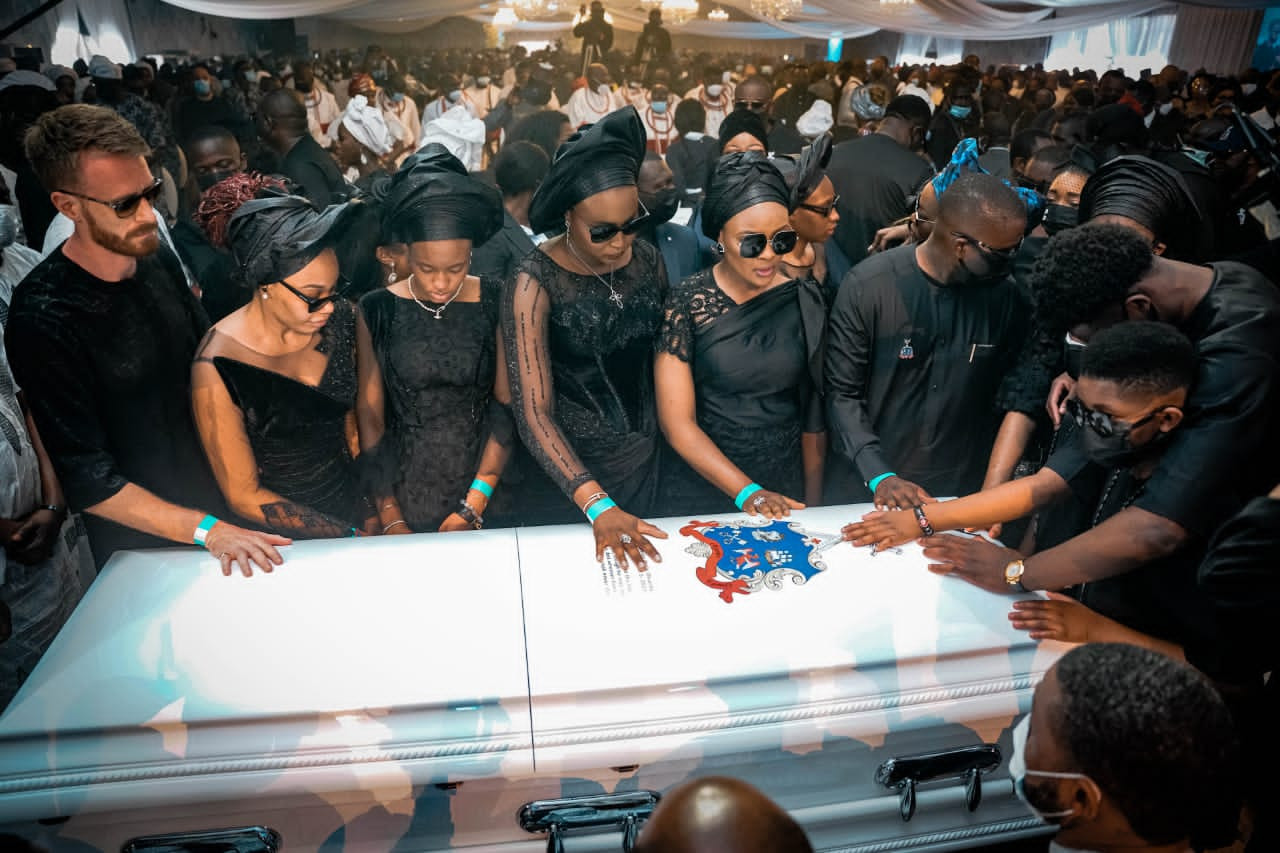 In a small gathering and a special moment strictly for the family of the beloved patriarch, Captain Idahosa Okunbo Wells – a philanthropic giant and the Edo people’s hero – was laid to his final resting place. The short service, which included a grand procession of the Captain’s coffin closely followed by his family, took place in one of his prized accomplishments – the Wells Hosa Greenhouse Farm, a first of its kind commercially successful and indigenously owned greenhouse farm in Nigeria.

He was accompanied by a few to a specially built and grand mausoleum at the centre of the premises, a memorial place that would be his final home. The short service was conducted by Apostle Goodheart Ekwueme, who encouraged the family to partake in the dust-to-dust ritual after a brief announcement of the interment. The solemn service ended when Captain’s graceful coffin was lowered, and the family bowed out with their last respects to a man that had changed his world with his humanity and a father that would remain with his children forever.

Cappi’s spirit still lives on. This is not a farewell!