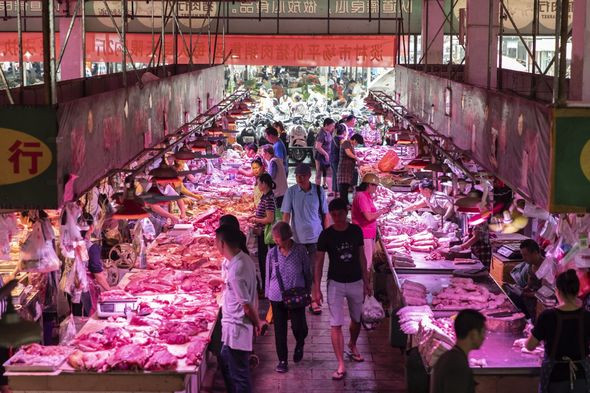 China is reportedly denying the World Health Organisation access to hundreds of bat caves and wildlife breeding farms in the nation’s Hubei province near Wuhan which could hold clues to determining the origins of the Covid-19 pandemic.

According to the Washington Post, scientists want to visit a series of caves and wildlife farming areas in the Enshi prefecture of Hubei province, six hours west of the city where Covid-19 was first reported.

But Chinese officials are refusing to give the WHO access to carry out their research.

Beijing has continually denied suggestions that COVID-19 first emerged in Chinese wet markets or was the result of lab leak, saying that it originated elsewhere.

The wildlife farms have been a source of interest after emerged that several wet markets where animals from the farms were being sold were banned from selling live animals in December 2019.

Professor Michael Worobey from the University of Arizona said: “We really need to find out more about what viruses are circulating in those bats.”

He added: “That kind of proximity of farmed animals and bats that could be carrying coronaviruses is exactly the kind of thing we worry about.”

Reporters in China claim six wet markets in Enshi had closed by March 2020, just before COVID-19 swept across the world.

Markets started to close in the city on December 23 in 2019, just eight days before Beijing first recorded the virus.

A chicken vendor who worked at a market in Enshi city said: “The rules are really strict now, so you don’t see any more wild animals.

Biafra: We are working to release Nnamdi Kanu – Ekweremadu