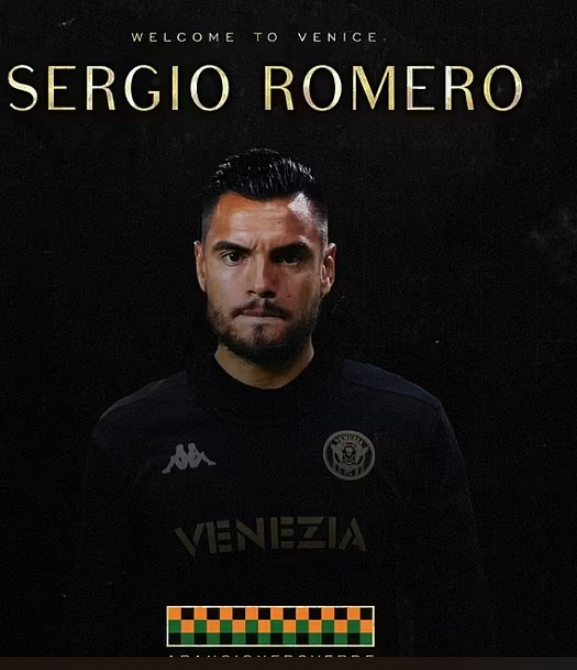 Former Manchester United goalkeeper, Sergio Romero has joined Italian side Venezia on a free transfer until the end of the season.

The 34-year-old has been a free agent since leaving United in the summer and has held talks with a number of clubs, but decided to sign for Venezia who are 17th in Serie A, just above the relegation places.

The Argentine has put pen to paper on a deal until the end of the season with the option of a further year if all goes well.

Venezia announced the move on Tuesday morning, with a club statement that read: ‘Venezia FC is pleased to announce the signing of Argentine goalkeeper Sergio Romero, 34, on a free transfer.

The Argentina international had grown frustrated with his lack of first team opportunities at Manchester United,  while the emergence of Dean Henderson also played a part in his departure.

verton had offered to cover his £100,000-a-week wages and pay a £2m loan fee but United then demanded a permanent £8m fee when he had one year left on contract.