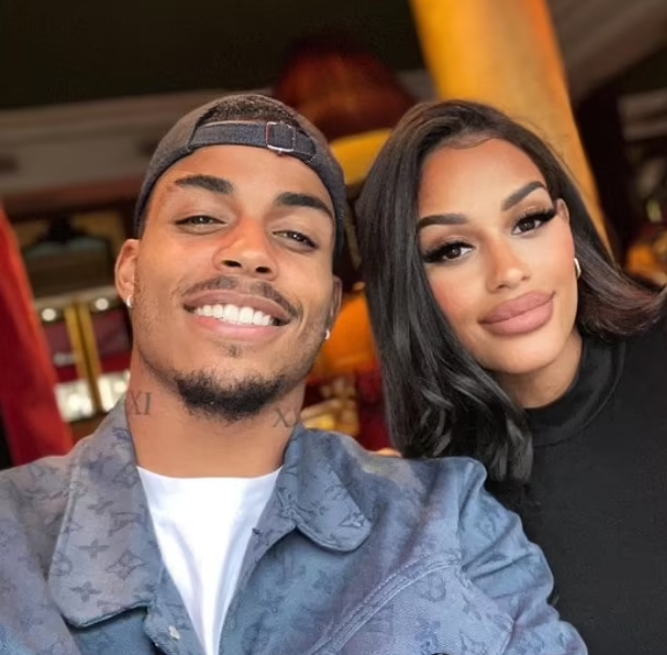 Footballer, Mario Lemina’s girlfriend Fanny Neguesha reveals their home was burgled with armed thugs ‘tying her and her friends before stealing £250k worth of jewellery

Former Juventus/Southampton midfielder, Mario Lemina and his model partner Fanny Neguesha are the latest celebrities to fall victims to burglary in France.

Neguesha, the ex-fiancé of Mario Balotelli, was reportedly tied up by three thugs while the burglary took place around 9:30pm on Sunday with Lemina away on international duty with Gabon.

The 28-year-old, who plays for Nice in France, was away on World Cup qualifier duty for Gabon when the attack took place on Sunday night.

According to The Sun, the thugs were armed with guns and entered the property threatening Neguesha and her two female friends.

It’s clamed one of the victims managed to escape and alert the police but the burglars managed to get away before they arrived on the scene.

The couple have a son, Isaiah-King, who is three years old.

Neguesha wrote on Instagram on Monday: ‘Thanks for all your messages and your support. We are safe and sound.

‘That is the main thing to remember. God is the best judge. Ill-gotten gains never benefit anyone.

‘Thank you at least for leaving alone my most valuable asset – my family.’