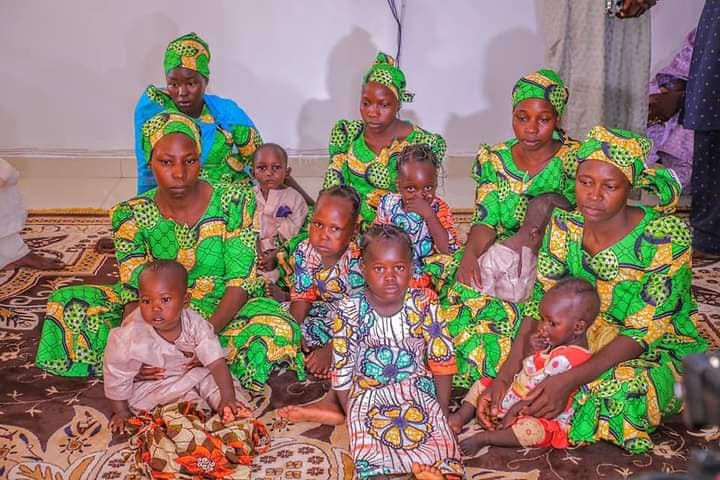 Commissioner for Women Affairs, Hajiya Zuwaira Gambo told the governor that the victims ran away from Boko Haram enclave at Buni Yadi axis of Yobe State and trekked through Sambisa Forest for about six hours before they were rescued by security operatives.

The girls’ age range were placed at 20-25 years and it was also learnt that one of them was 8 months pregnant when she was abducted.

Zulum who was elated with the development received the freed school girls and their children at his office, Musa Usman Secretariat, Maiduguri, alongside some parents, Chairman of Chibok Local Government Area, Alhaji Umar Ibrahim, traditional rulers, stakeholders including the Chairman of Christian Association of Nigeria (CAN), Borno chapter, Bishop Williams Naga.

He added that government is doing everything possible to ensure speedy reconstruction and reintegration of all victims of Boko Haram terrorists into the society.