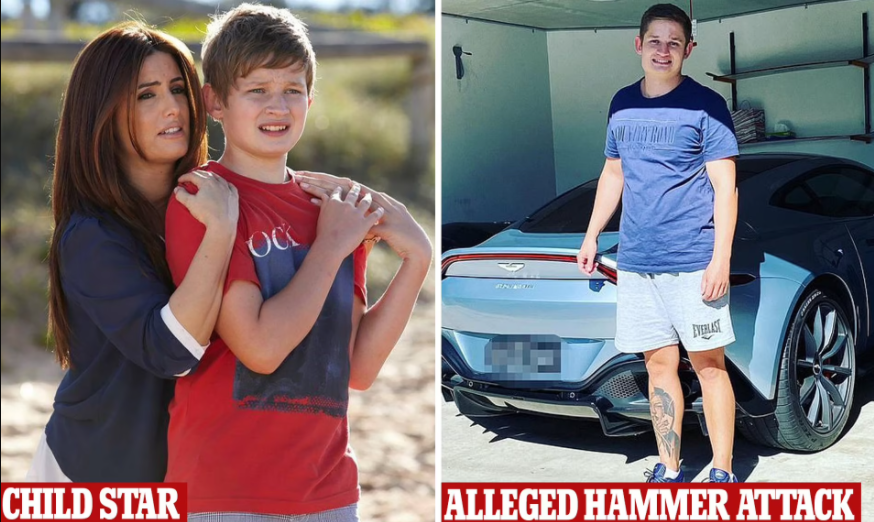 Home and Away child star, Felix Dean arrested after allegedly attacking a man with a hammer while out on bail for assaulting a cop

Felix Dean, a child star on Home and Away has been arrested for allegedly attacking a man with a hammer while out on bail for assaulting a cop.

The 24-year-old, who was already on bail following two incidents earlier this year,  allegedly attacked a Surry Hills tobacco store employee about 11.15pm on Monday.

Officers arrested later arrested him  near the scene and charged him with affray, assault occasioning actual bodily harm, shoplifting and breaching bail.

Felix was only granted bail just three weeks ago after an alleged altercation with another man at a Paddington home in September. His strict bail conditions including a 6pm curfew, and he was to be subjected to random drug and alcohol testing.

The alleged victim in the most recent offence suffered minor head injuries and was treated at the scene by NSW Ambulance paramedics.

Dean was refused bail would appear in court on Tuesday.

Back in September, Dean allegedly ‘became violent’ when an officer attempted to arrest him, lashing out and kicking a senior constable in the leg. He was eventually taken to Surry Hills Police Station where he was charged with assaulting an officer in the execution of duty, breaching his bail conditions and failing to comply with Covid directives.

The child star is also facing assault charges after allegedly attempting to assault and rob a ride share driver who picked him up in Newtown on January 6.

Dean and a friend had been drinking at a unit complex in the area and one of the men allegedly threw an empty bottle at a window, shattering it. He was charged with aggravated assault with intent to rob, common assault and damaging property.

‘Ex on the Beach’ star, Chris Pearson dies after being stabbed

Pere reveals why he spent 4 million naira on his teeth