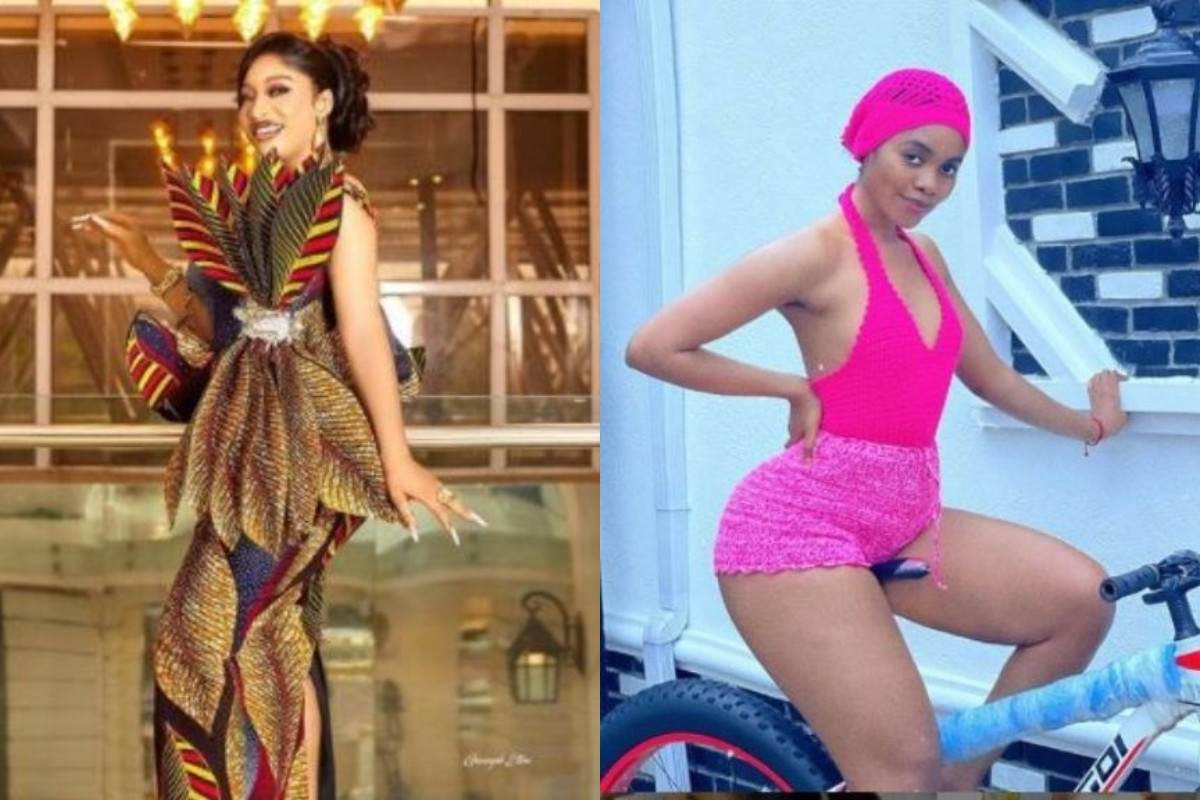 I dare you to release my sex tape and recordings. I never begged you to save my marriage

Popular dancer, Jane Mena has dared Tonto Dikeh to release her sex tape and recordings following claims the actress made after being served a lawsuit notice by the dancer’s counsel.

Jane Mena had in a petition she filed accused Tonto of defamation after the actress alleged that her ex-boyfriend, Prince Kpokpogri, has old and recent sex tapes of the dancer in his possession. The dancer through her lawyers, demanded for a public apology from Tonto and a N500k compensation. The petition added that a legal action will be instituted if the actress fails to meet the demand.

Tonto who reacted to this via Instagram, insisted that her claim of Kpokpogri having the dancer’s sex tape is true. The actress asked Mena to head to court, alleging also that the dancer has been calling, begging her to save her marriage and asking for an appointment to explain herself.

Mena has however countered the claim, saying that she never called Tonto to beg her to save her marriage. Daring Tonto to release her call recordings, she insisted that she and her brother only spoke to the actress’ friend Doris, telling her that they wanted an audience with the Tonto Dikeh so she can retract her earlier claim and also issue a public apology.

Noting that coitus must take place for a sex tape to be recorded, she dared Tonto to release her sex tape through a fake page or a blogger since she is saying it is illegal to do so on her page. The dancer also stated that she will be rolling in the mud with the actress even though she is a peaceful person.