Jane Mena flaunts her wedding ring as she drives with her husband, in response to Tonto Dikeh’s claim that she called to beg her to save her marriage (Video)

Instagram socialite and exotic dancer, Jane Mena shared a video on her Instastories, showing off her wedding ring as she took a drive with her husband.

The video she shared is said to have been uploaded as a response to Tonto Dikeh’s claim of her calling to beg her to save her marriage, following the sex-tape allegations.

Mena shared the video with a caption that reads “The diamonds came out to play, Rollie on my wrist. Gon be rich forever“. 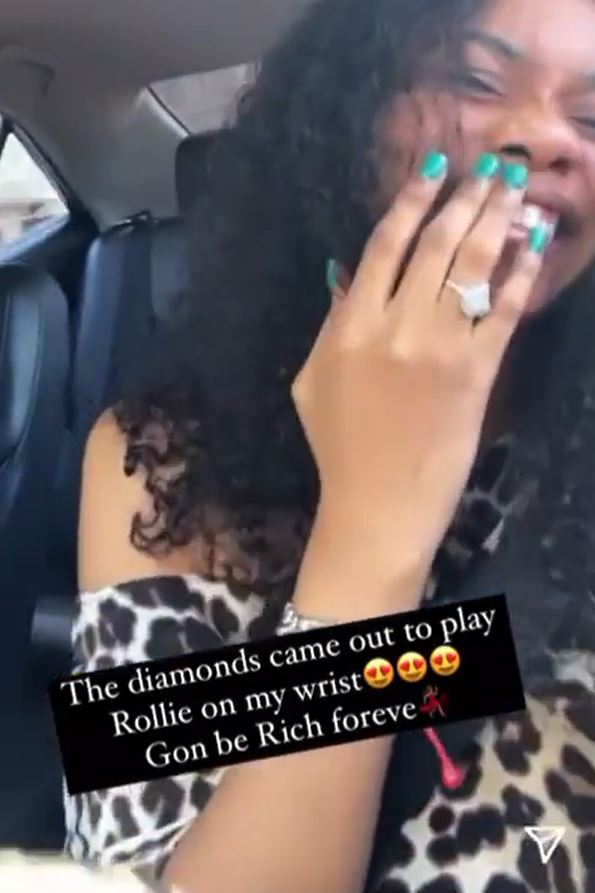 And at some point in the video, Mena also said “the comment you are looking for is not here, move on“.

Doris Ogala has in a new development, claimed that dancer, Jane Mena really did call her to beg actress, Tonto Dikeh to save her marriage by refuting claims her sex tape is with Tonto’s ex, Prince Kpokpogri.

Doris, the friend Tonto claims Jane called, has given an update, corroborating Tonto’s claim. According to Doris, Jane called her pleading with her to speak to Tonto. Read what she shared here