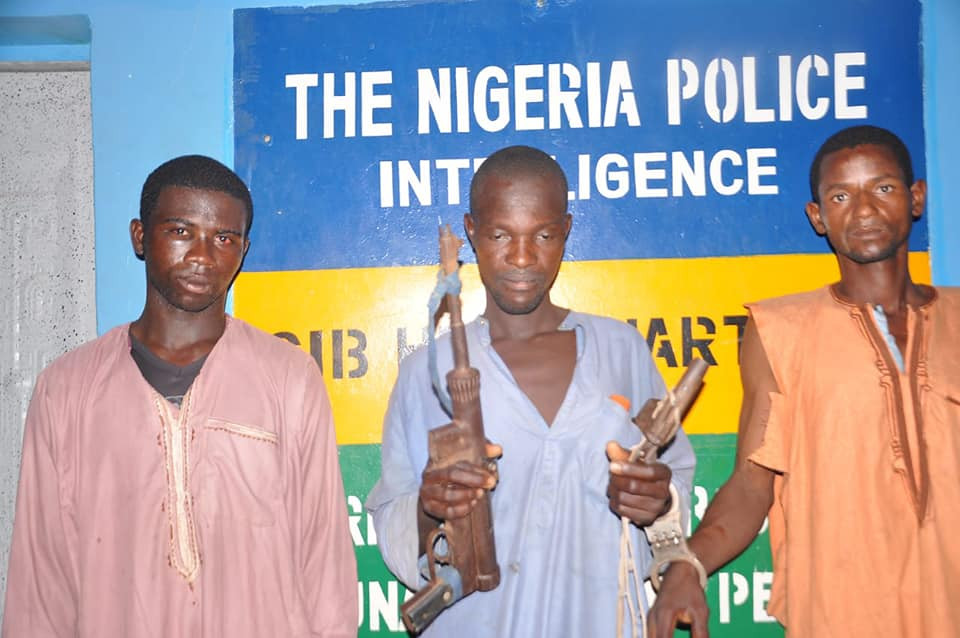 Operatives of the Adamawa State Police Command have arrested three cattle rustlers and recovered two fabricated locally made guns, two cows from them.

Spokesperson of the command, DSP Suleiman Nguroje, in a statement on Tuesday, October 12, said the suspects were arrested by operatives attached to the State Intelligence Bureau and Vigilante members of Pulaku Association while on intensive surveillance patrol along Mayo-Belwa and Fufore local government areas to ensure safety and security.

“The suspects specialises on cattle rustling particularly from areas of Kabillo,Karlahi, Yadim and Chigari villages of Fufore LGA were apprehended with two cows while on their way to deliver them to notorious receivers in Cameroon Republic,” Nguroje stated.

“The Commissioner of Police, Mohammed Ahmed Barde, who talked tough on the border cattle rustlers; however, directed State intelligent Bureau (SIB) and Divisional police officers(DPOs) to checkmate such criminal activities in their areas and apprehend them.” he added.

The CP further directed that the matter be discreetly investigated and called on members of the public especially those around the Boarder areas to report men of suspicious character to police officers.