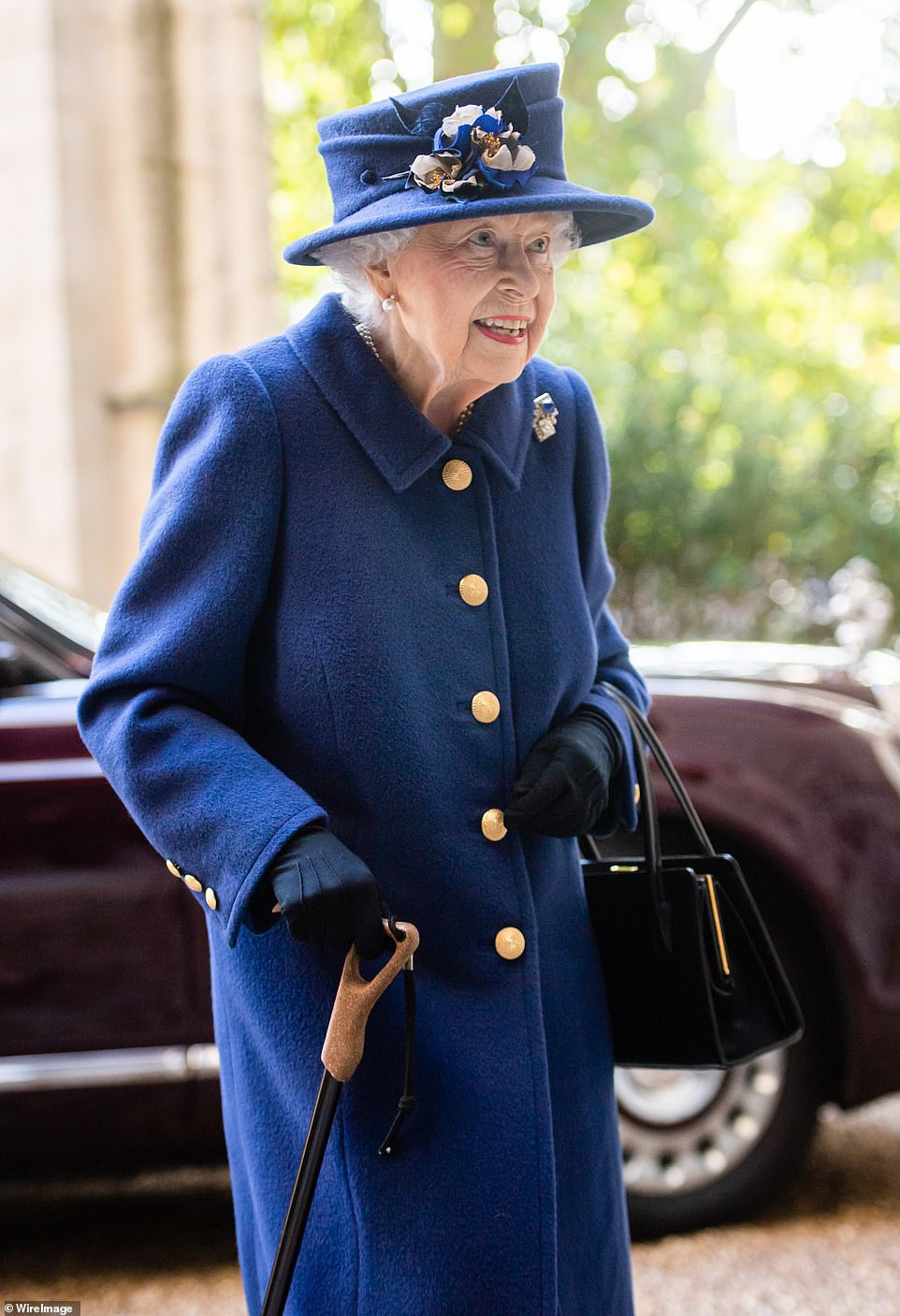 Queen Elizabeth, 95, uses walking stick for for the first time in 18 years as she attends thanksgiving service (Photos)

British Monarch, Queen Elizabeth II used a walking stick for support today, October 12, as she arrived for a service of thanksgiving to mark the centenary of the Royal British Legion at Westminster Abbey.

The 95-year-old monarch, was accompanied by her daughter, Princess Anne as she stepped out of a car in London this morning.

Despite her age, the Queen is rarely seen with a walking stick, the last time she used the walking aid was in 2003 after she had knee surgery.

Have you seen my wife? How will I leave iPhone 13 and follow iPhone 3

“Somedays I want to invite different women to my place so I can give them orga*ms” — Singer, Temmie Ovwasa