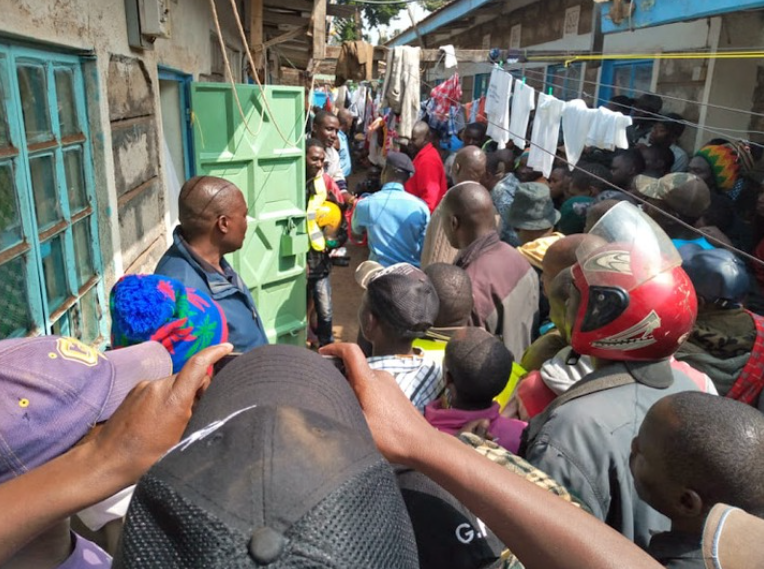 Secondary school student stabbed to death over a woman

A secondary school was on Monday, October 11 stabbed to death following an argument he had with another man over a woman in a bar located in Siongiroi area, Chepalungu in Bomet County of Kenya.

The Form Four student of Kapsinendet Secondary School within Chepalungu Sub-County, was stabbed twice in the neck by the unidentified man after they started fighting over a lady.

The deceased sustained deep cuts and died while he was being rushed to a Siongiroi health centre. Siongiroi location chief Joseph Ngeno said;

“The cuts are so deep, he was stabbed with a very sharp knife, the blood spilt all over the place even some drops were traced all the way to the dispensary where he was taken by those who witnessed the incident.”

When asked if the police has arrested the woman and man in question, Ngeno said that the lady was still new in the area.

Nelson Masai who is the police chief in Chepalungu, however told K24TV that officers attached to the Directorate of Criminal Investigations (DCI) have managed to arrest the suspect.

“He is currently being held at Chebunyo police post and he is assisting the officers in the investigations.”

“Them no know say na we dey feed men” — Actress, Etinosa addresses claims of being bankrolled by a man

Whitemoney hospitalized, 9 days after being announced as winner of sixth edition of Big Brother Naija (video)