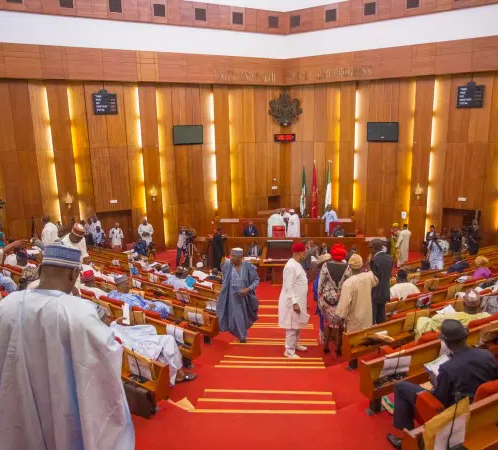 The Senate has bowed to public pressure as it adopted the electronic transfer of election results by the Independent National Electoral Commission (INEC).

The Senate on Tuesday, October 12, made a U-turn on the recently-passed Electoral Amendment Bill, wherein it had earlier rejected plans by the Independent National Electoral Commission (INEC) to transmit results of elections electronically.

The decision of the Senate followed the re-committal of some clauses of the Electoral Act 2010 to the Committee of the Whole.

The Senate, at the Committee of the Whole chaired by Dr Ahmad Lawan, amended Clause 52(2) of the Electoral Act Amendment Bill to read: “Subject to section 63 of this Bill, voting at an election and transmission of results under this Bill shall be in accordance with the procedure determined by the Independent National Electoral Commission, which may include electronic voting.”

Clause 87(1) of the Electoral Amendment Bill, which was also passed as recommended states: ‘A political party seeking to nominate candidates for elections under this Bill shall hold direct primaries for aspirants to all elective positions, which shall be monitored by the Independent National Electoral Commission.”

In July, the Senate rejected its Committee’s report, which had approved electronic transmission of results by INEC. The House of Representatives, however, approved it.

Barely three months after it adopted a resolution rejecting electronic transmission of results in the Electoral Act 2016 (Amendment) Bill, 2021, the Senate bowed to pressure in a face-saving move.

‘What have I done to deserve this much love? Actress Nkechi Blessing cries out after her fans did the unexpected