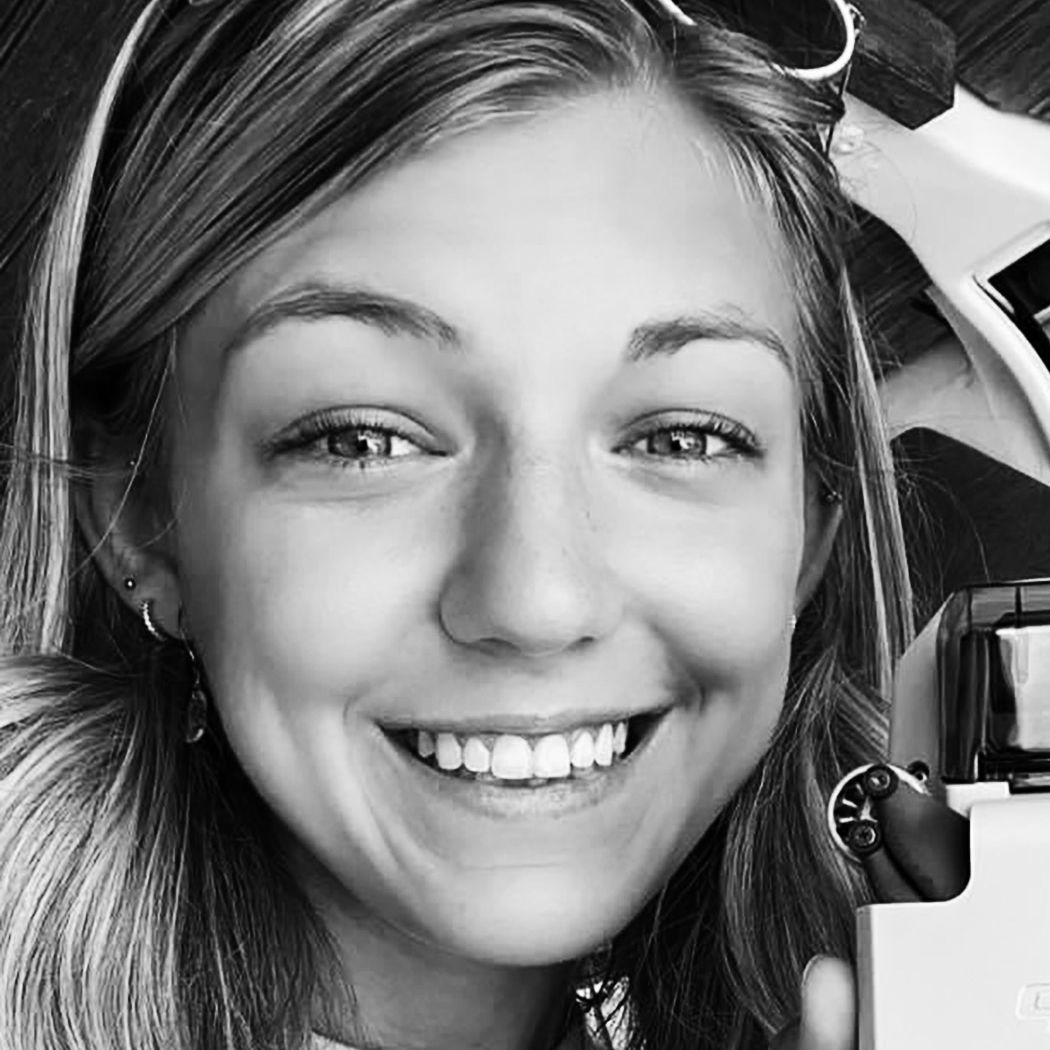 A 22-year-old American blogger who went missing on a road trip with her fiancé was strangled to death, a Wyoming coroner has ruled.

Gabby Petito had been dead for several weeks when her body was found last month near a national park the couple had visited, coroner Brent Blue said.

Ms Petito’s fiancé, Brian Laundrie is a person of interest in the case but has been missing since mid-September.

But the 22-year-old’s official cause of death wasn’t disclosed until Tuesday, though Blue cited state law in limiting the amount of information he could share.

In a memo dated Oct. 5 and filed on Tuesday, Blue listed Petito’s manner of death as homicide and the cause as, “Death by manual strangulation/throttling.”

“Our initial determination is the body was in the wilderness for three to four weeks” before she was found, Blue told reporters, which would place her time of death in mid to late August.

“This is only one of many deaths around the country of people who are involved in domestic violence and it’s unfortunate that these other deaths do not get as much coverage as this one,” Blue said.

Steven Bertolino, an attorney or Laundrie’s family, reiterated that Brian Laundrie is not a suspect in Petito’s disappearance or death.

“Gabby Petito’s death at such a young age is a tragedy,” Bertolino, said in a statement on Tuesday afternoon.

“While Brian Laundrie is currently charged with the unauthorized use of a debit card belonging to Gabby, Brian is only considered a person of interest in relation to Gabby Petito’s demise. At this time Brian is still missing and when he is located we will address the pending fraud charge against him.”

Petito and Laundrie were on a cross-country road trip, chronicling their travels on social media, before he returned to his parents’ home in North Port, Florida, arriving there on Sept. 1 without his fiancée, police said.

The woman’s family reported her missing on Sept. 11 and Laundrie himself soon vanished as well.

Laundrie’s family told investigators he had gone hiking on September 14 in the Carlton Reserve in Florida and never returned. Law enforcement searched the 25,000-acre wildlife refuge multiple times looking for him.

There have been numerous reported sightings of Laundrie up and down the East Coast since.

Police have called Laundrie a “person of interest” in their investigation into Petito’s disappearance, but there is an arrest warrant out for him after authorities said he used her debit card without permission.