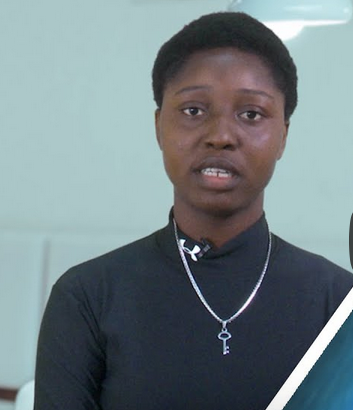 Young Lady escapes death after 9 other victims were killed

A young Lady named Sophia on her way home from church service at one of the Master’s place International Church (satellite church), in Warri, Delta State narrated her ordeal on how she encountered kidnappers who had posed as transport service operators.

Drugged and whisked her to their den, she heard with her ears, the gruesome murder of two of the girls she had met there.

According to Sophia, they were the eighth and ninth to be killed. She was to be the tenth! But as they made her get up to proceed to the slaughter, her phone fell out of her pocket.

The leader of the hoodlums picked it up, turned it on, and received the shock of his life!  The photograph of the Senior Pastors. Pastors Korede and Esther Komaiya was what Sophia had used as her wallpaper.

She said the Leader of the hoodlum saw a strange but torturing ”fire issuing from the phone,” while others in the team ”saw fire issuing from her head.” In panic, the kidnappers made urgent efforts to get her back to where they had kidnapped her from. Today, she is back, safe and sound, indeed, from the land of the dead.

No one but God can rescue in this manner. It can only be God. To Him alone be all the glory for this mighty deliverance.

Watch Sophia speak in the video below…