“Annie is going through a lot” – Reactions as 2face Idibia and baby mama, Pero are spotted in Abuja (Video)

Nigerian music mogul, 2face Idibia’s baby mama, Pero Adeniyi touched down the country’s capital, following the arrival of the singer in the F.C.T.

Although both of them arrived at the F.C.T separately, some netizens are however dragging the singer while hoping that speculations that their arrival in Abuja might just be a coincidence.

This development comes not long after a lady accused Annie Idibia of allegedly breaking her husband’s head with a fire extinguisher.

Reports have it that actress, Annie Idibia allegedly hit 2face’s head with a fire extinguisher at a hotel in Asokoro, over paying too much attention to his baby mama, Pero Adeniyi.

The report also claim their fight was so violent that soldiers waded into the matter.

“That’s why you split his head with a fire extinguisher at Uncle Nosa’s hotel at asokoro. How you trashed a room in Wells Carlton breaking TV and mirror because you were fighting him for paying too much attention to Pero. Everything with you is violence,” the report read in part.

Here’s videos of Pero and 2Face showing them in Abuja,

Upon seeing the videos, here’s how some netizens are reacting to it, 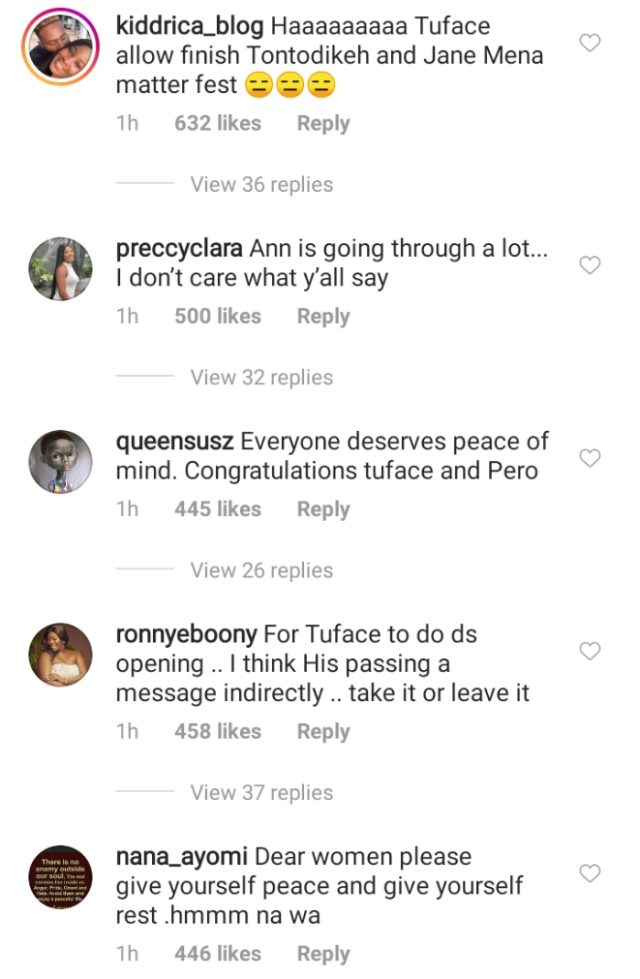 #BBNaija: Sheggz tells Bella he’s having ‘blue balls’ from not having coitus for two weeks (video)