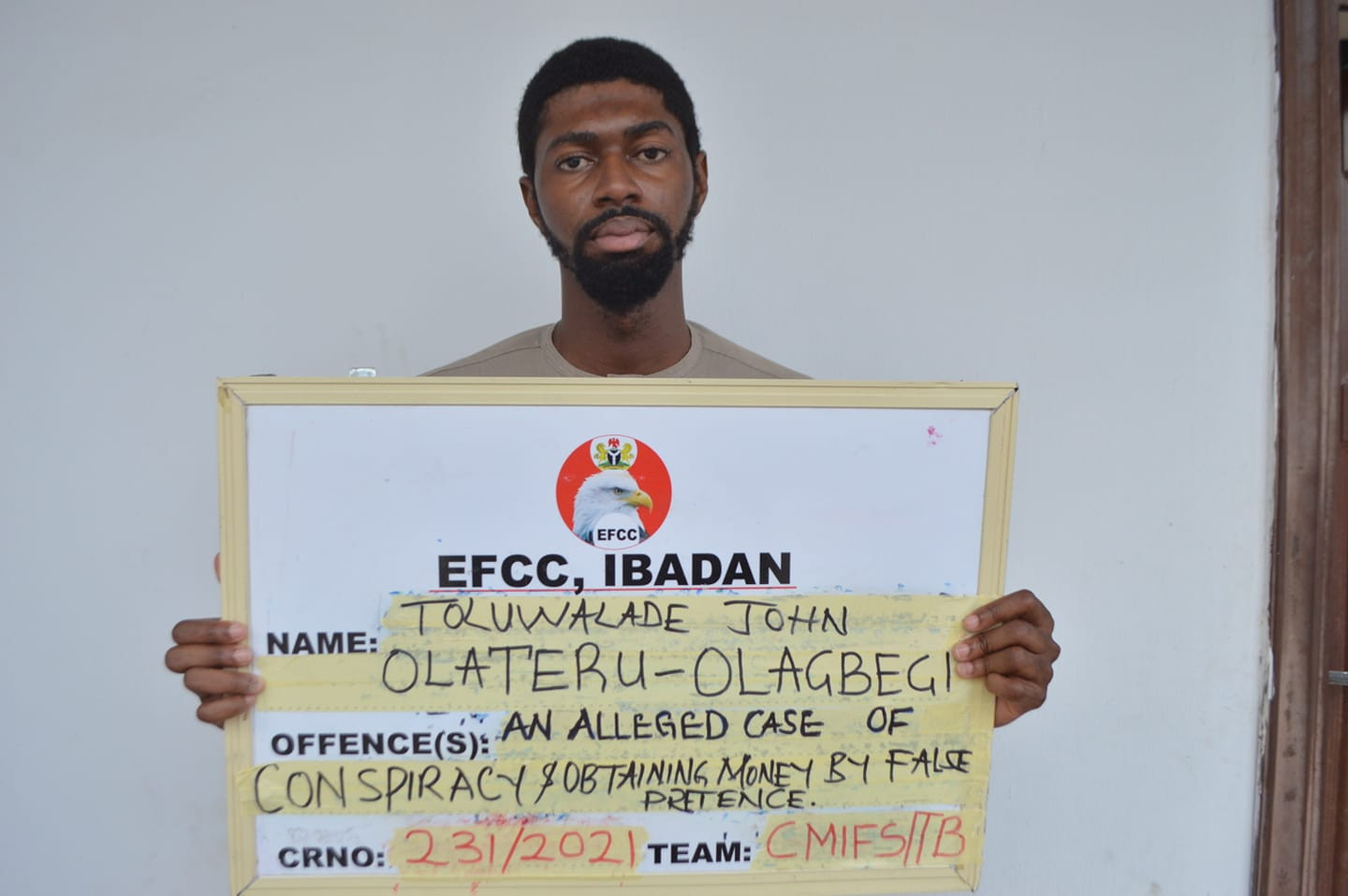 A statement released by the Head of Media & Publicity of the Commission, Wilson Uwujaren, stated that the Owo Prince, Ondo state, who resides at Bodija, allegedly collected the sum from the complainant on the pretext of trading in forex.

”That you, Toluwalade John Olateru-Olagbegi on or about 4th of March, 2021, at Ibadan within the Ibadan Judicial Division of this Honourable Court with intent to defraud, obtained the sum of Thirty-Five Million and Five Hundred Thousand Naira (N35,500,000:00) only from Julius Olorunsogo Alase (a Nigeria Businessman) on behalf of Lusan Royal Trading by false pretending it was part payment of the cost of an inflow of One Million United States of America Dollars (USD $1,000,000:00)only you claimed to have secured for him; which representations you knew to be false and you thereby committed an offence contrary to section 1(1)(a) and punishable under section 1(3) of the Advance Fee Fraud and Other Fraud Related Offences Act 2006”.

The defendant pleaded ‘not guilty’ when the charge was read to him.

Justice Agomoh thereafter ordered the remand of the defendant in the Nigerian Correctional Centre, Agodi and adjourned the case till October 25, 2021, for hearing of the bail application and November 15, 2021 for commencement of trial.