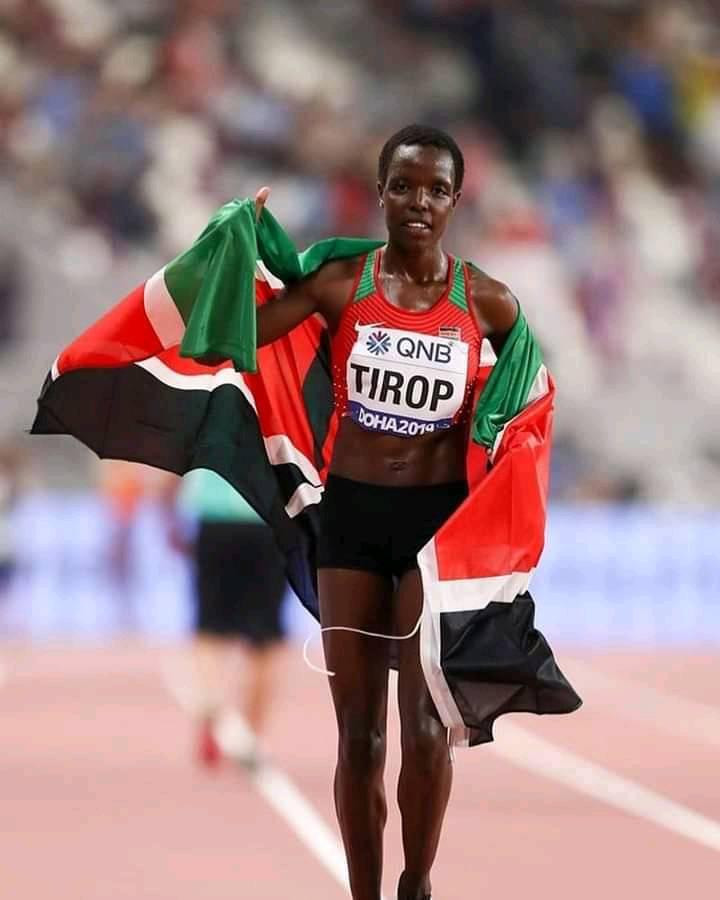 The 25-year-old long-distance runner, who represented Kenya at the Tokyo Olympics, was found dead in her house in Iten, Elgeyo Marakwet County on Wednesday, October 13.

Chairperson of Athletics Kenya in the Nairobi Region, Barnaba Korir, who confirmed the tragic news, said she had stab wounds in the abdomen, Barnaba Korir.

It is suspected her ex-lover is behind the killing.

Tirop smashed the 10km World record on September 12, 2021. She clocked 30:01 to shave 28 seconds from the previous women-only 10km road record held by Asmae Leghzaoui of Morrocco from 2002.

See photos from the scene below…