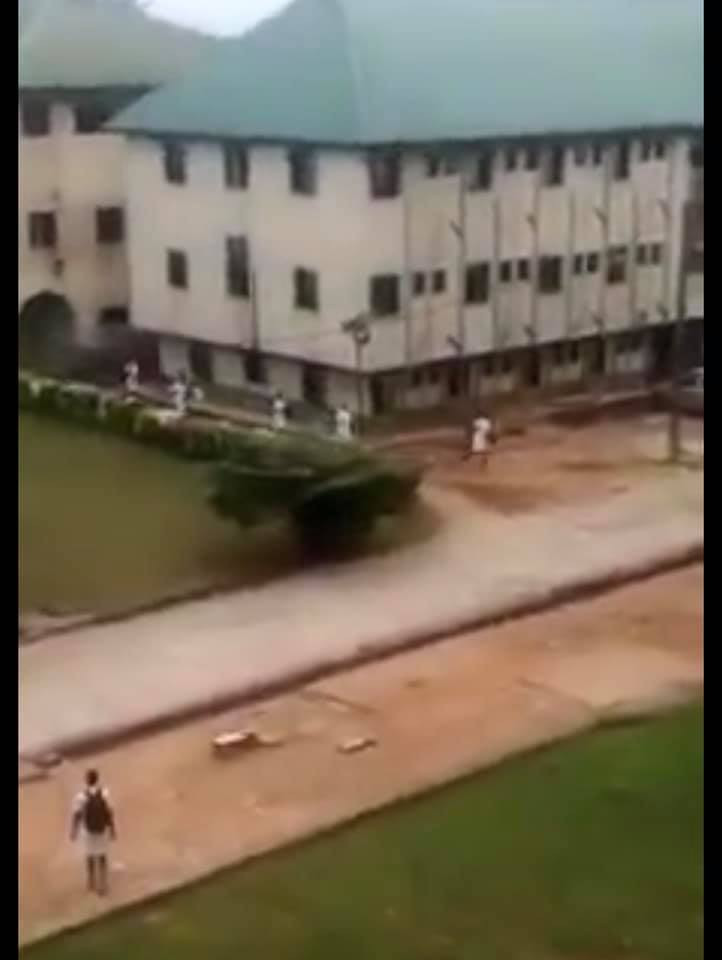 Soldiers have been spotted in a viral video at the nursing school in Ihiala, Anambra state.

The military personnel reportedly stormed the school to search for gunmen after a gun battle at an APGA gubernatorial election rally in the community.

Residents who passed the school, were seen raising their hands to show they have no weapon. Students of the school were also spotted running at some point in the video, before a gun shot was fired.

If you are the richest person among your friends, that relationship has expired. Move on