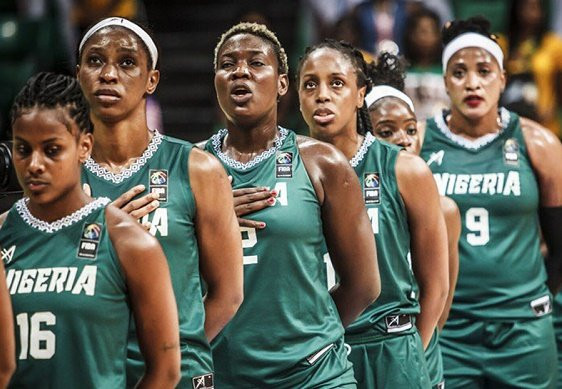 The Federal Ministry of Youth and Sports Development led by Sunday Dare, has denied allegations its officials diverted funds meant to be paid as salary and allowances for Nigeria’s Women’s Basketball team, D’Tigres, saying the money is safe with the Central Bank Of Nigeria.

The denial by the sports ministry comes after The D’Tigress team players released a video alleging they have been owed close to $200,000 from as far back as 2018 and the Tokyo 2020 Olympics.

The team players in the video said they won’t play any other match for the national team including the FIBA world cup qualifiers until their outstanding allowances are paid to them.

The players who asked for the payment of the backlog of their bonuses and allowances, an improved welfare package, and to be honoured by the Nigerian presidency for doing the country proud, wondered why their historic feat of winning three straight African titles has not warranted being invited to Aso Rock even if it is only for the ceremonial presidential handshake.

A member of the team, Ify Ibekwe, outlined the monies they are owed.

On Wednesday afternoon, October 13, the Sports ministry released a statement denying it diverted the money meant for the girls.

“The Federal Ministry of Youth and Sports Development has denied allegations made in a press statement used in a section of the media  and in a video clip that its officials shared some monies donated to the Men and Women Basketball Teams ahead of the Tokyo 2020 Olympics.

“The Ministry wishes to make the following clarifications : 1.The $230,000 Dollars donated to the teams by the Banks under the Adopt-a-Team programme of the Ministry is intact in the NBBF’s official domiciliary account domiciled with the Central Bank of Nigeria (CBN).”

“2.That only the 12 female Team members of D’Tigress have supplied their foreign account numbers. The Ministry waited for the account numbers of the Male Team to be supplied so that the processing of payments can be one off as requested by the CBN.”

“3.The Ministry has requested the CBN to commence the processing of the payment to the Female Basketball Players immediately. The Male will be paid as soon as their account details are supplied.”

“4. Ministry wishes to state further that all outstanding -Olympics and Paralympics Games allowances and bonuses are being processed and only slowed down by funds availability.

Furthermore, the Ministry of Finance has been fully furnished with details of the outstanding allowances and payments due to the NBBF and the Nigeria Football Federation(NFF) and efforts are being made to secure the release. Ismaila Abubakar Permanent Secretary FMYSD”

Watch the video of the players below

I join the @DtigressNG in taking a stand.Lets join them as they take a stand till their demands are met by NBBF&Ministry