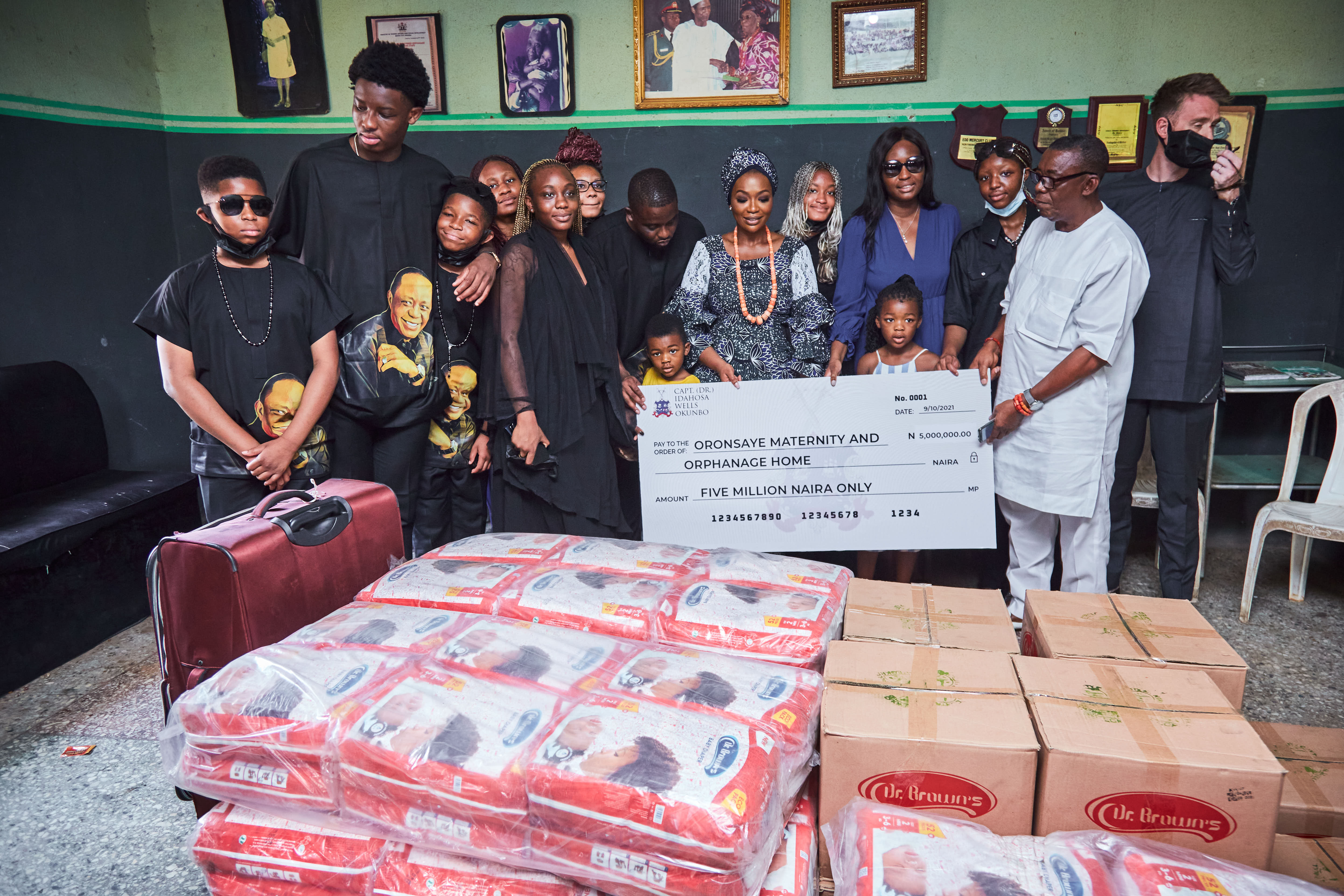 A day after the interment of the renowned Benin billionaire and philanthropist, Captain Idahosa Wells Okunbo, his children convened to pay respects to the birthplace of their father. Captain Hosa was born in Oronsaye Maternity & Orphanage home on the 7th of January, 1958.

The maternity and orphanage home located in Plot 28, Ewah road, off Ikpoba slope, Benin City, was founded seventy years ago by the Matriarch Princess Katherine Oronsaye, mother of Mr Patrick Oronsaye, the current administrator and member of the board of trustees. It was also the first maternity home in Benin province and has been instrumental in the birth of 53,000 children.

The twelve Okunbo children, led by Her Royal Majesty, Olori Atuwatse III- wife of Olu of Warri Kingdom; first child and daughter of Captain Hosa, along with relatives and grandchildren, were well-received by the maternity and orphanage home. The Queen thanked Mr Patrick Oronsaye for the selfless service of running the facility, especially in bringing the great man who would become their father to this world.“When we were planning, we thought it would be best to pay homage to where our father was born. Thank you for giving us such a great man as a father,” said Olori Atuwatse III.

Also addressing the small gathering, Osahon Okunbo, the first son of Captain Hosa, equally expressed his profound gratitude. “We are thankful for the existence of places like this and people like your mother who sacrificed for their service to humanity.” He assured the administrators that the Family would work closely with the orphanage home in the future to expand the vision of the late Matriarch.

The Okunbo family jointly presented a cheque of ?5 million and other gift items for the children domiciled at Oronsaye Maternity & Orphanage home. Mr Patrick accepted these gifts with warmth and gratitude, also using the opportunity to share his grief with the Family. “I share in your pains,” he said. “It is not just a loss to the family. It is a loss to an entire people.” He encouraged the children to continue in their father’s good works and hoped that they would be greater than Captain Hosa ever was.

The Family spent time playing with the children before leaving for the Thanksgiving Service in honour of their father later that evening at the NAF Base, Benin City, Edo State.