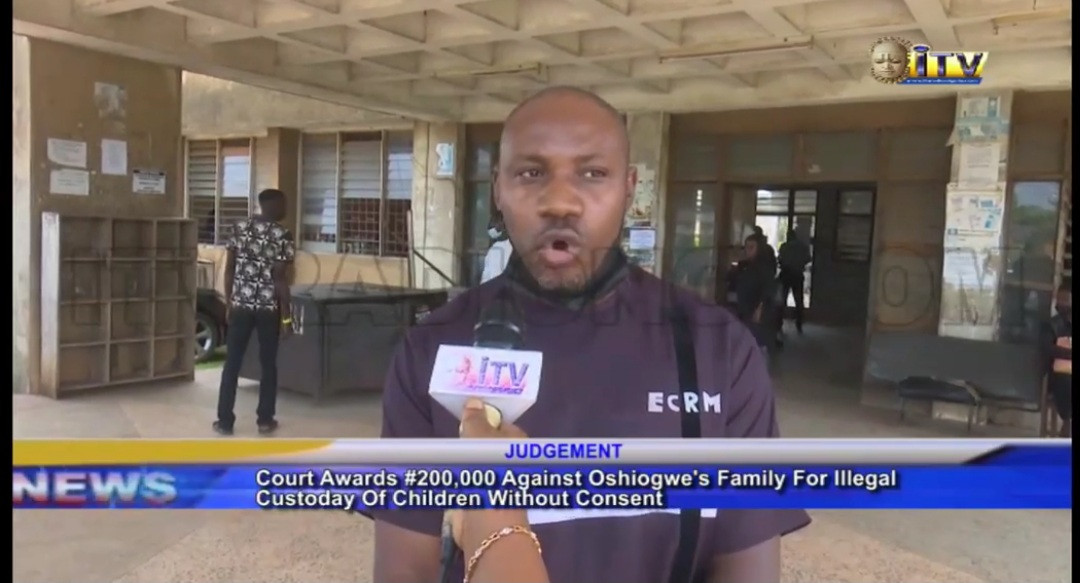 A magistrate court in Edo state has awarded N200, 000 to a widower, Emmanuel Obeneti, after the family of his late wife prevented him from attending her funeral and forcefully taking custody of their four children.

Obeneti in an interview with ITV Benin city said after the death of his late wife in 2018, his inlaws, the Oshiogwe’s forcefully took custody of his four children, alleging he is not financially capable of taking care of the kids.

”After the death of my late wife, my inlaws Christy Oshiogwe and the entire family started attacking me. They forcefully took away my four children and also took my wife’s corpse to the village without informing me. They only gave me two days for her to be buried. By the special grace of God, I was able to go there and before I could get there, they had already buried her. From there they started attacking me”an elated Emmanuel said

Mr. Emmanuel expressed gratitude to the court for allowing justice to prevail in the matter.

”I am so happy and exited because for three years I have not had access to my children. They were the one that took me to court but they ahve not been in court to tpove their evidence against me. I thank God Almighty.”

The family refused to speak after the judgment was pronounced.

Watch a video of the report below