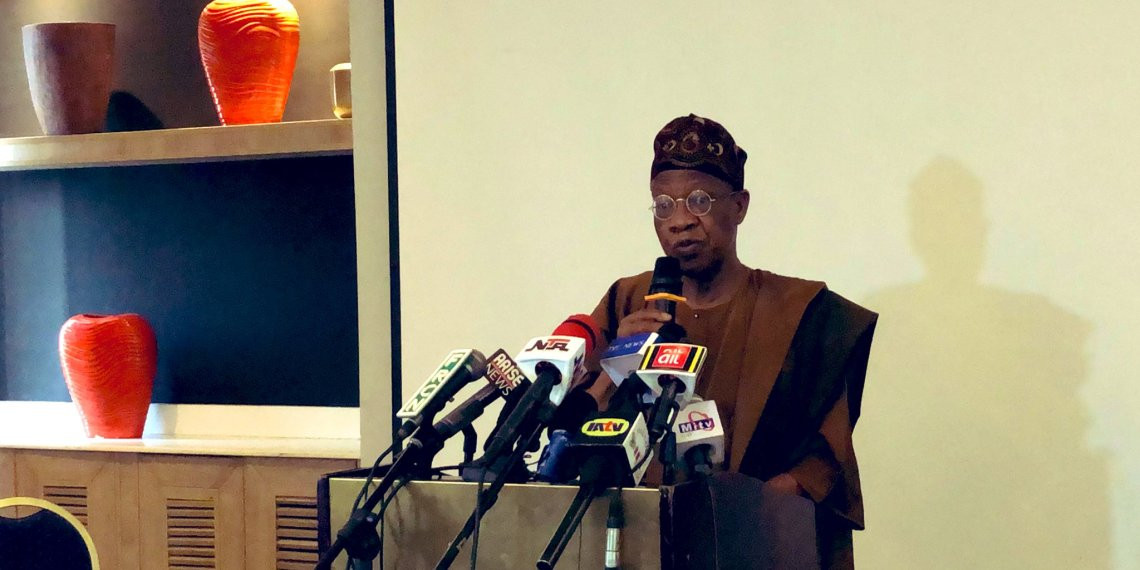 Minister of Information and Culture, Lai Mohammed has said that his ministry will be directing the Nigeria Broadcasting Commission (NBC) to compel public and private television stations to feature sign language interpreters during their major news presentations.

Mohammed said this on Thursday October 14, in Abuja at the 2021 Annual Lecture of the Federal Radio Corporation of Nigeria (FRCN).

The Minister made the promise after a participant at the event, Monsurat Abdulwasiu noted that the deaf had been excluded by the media.

“Only the Nigeria Television Authority (NTA) has a sign language interpreter during one of its news hours.

“Does it mean that we are not entitled to information and healthcare? The government needs to look into this.”

Reacting to this, Mohammed said;

“I am very touched by the contribution of the young lady who said there is need for sign interpreters during the network news and other major news belts.

“This will not apply to only the Nigeria Television Authority, whether public or private television stations, they must comply with the directive.

“This directive will work both ways, it means the complaint of exclusion will be tackled and the persons with disability of hearing will also be included in programmes and policies of government.”