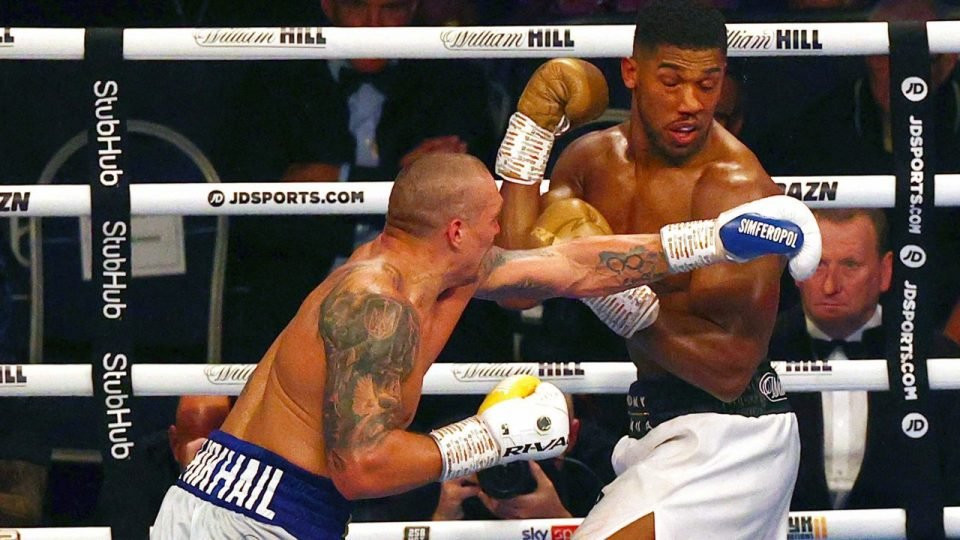 Anthony Joshua has been told not to go ahead of with his rematch with Oleksandr Usyk because he could lose against the Ukranian again.

English boxing manager and promoter, Frank Warren believes the Ukrainian should instead face the Gypsy King since they both hold all the major belts following showdowns against Joshua and Deontay Wilder in the last three weeks.

Fury defended his WBC title in Las Vegas at the weekend with an 11th-round knockout of the Bronze Bomber, just a few weeks after Usyk became the new unified heavyweight world champion after dethroning Joshua at the Tottenham Hotspur Stadium.

However, Joshua triggered his rematch clause earlier this week in an attempt to win back his WBA, IBF, WBO and IBO belts in a second bout against Usyk which is set to take place in March next year.

‘He [Joshua] shouldn’t be going through with it [rematch against Usyk],’ Warren told Sky Sports.

‘I think Usyk will beat him again. If there had been another 20 seconds, Usyk would have stopped AJ. He wobbled him early and nearly took him out. Next time around he will fancy knocking AJ over. I can’t see AJ winning that rematch.

‘If he knocks it on the head, it opens the door for us to do the unification [Fury vs Usyk]. Let AJ get a warm-up fight. He needs a winning mentality before he goes into [a rematch with Usyk].

‘Maybe he fights the winner [of Fury vs Usyk] which is still a big fight.’

However, Warren insisted his fighter Fury would be able to beat the Ukrainian star, insisting his gameplan would differ to Joshua’s in north London last month.

‘They have similar skills,’ Warren added. ‘Tyson wouldn’t fight him like AJ did. Tyson would use his physical attributes, his size and reach, and would win the fight.’

Usyk’s promoter Alexander Krassyuk meanwhile insisted on Usyk plans to fight Fury once he ‘defeats AJ in the rematch’.