A man has taken to social media to show off a fake iPhone 12 he bought at infamous phone and accessory market in Lagos, Computer Village.

In the video shared online, the puzzled man sat on the floor while examining the ‘iPhone 12’ which was running on an android OS.

Someone in the background could be heard reminding the victim that he warned him against going to Computer Village to purchase a phone.

However, a closer look at the phone shows that the phone is not an iPhone because there is no apple logo at the back. 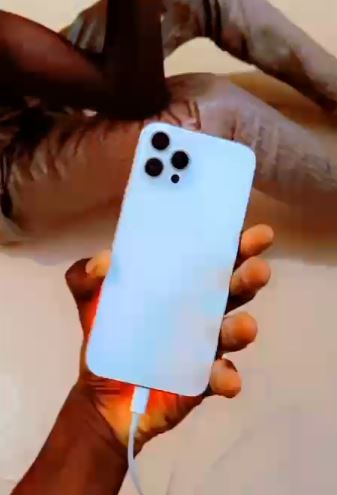 Meanwhile, another viral video making rounds online shows the moment some Nigerian youths were flaunting their brand new iPhone 13 pro max, which was released barely a month ago.

Six iPhones were placed on a dining table as the boys bragged about the price and stated that it is worth more than some people’s father’s car and house. Watch here.

2Face is yet to sue me- singer Brymo

Driver wasn’t asked to pay N60,000 because his car ran out of fuel