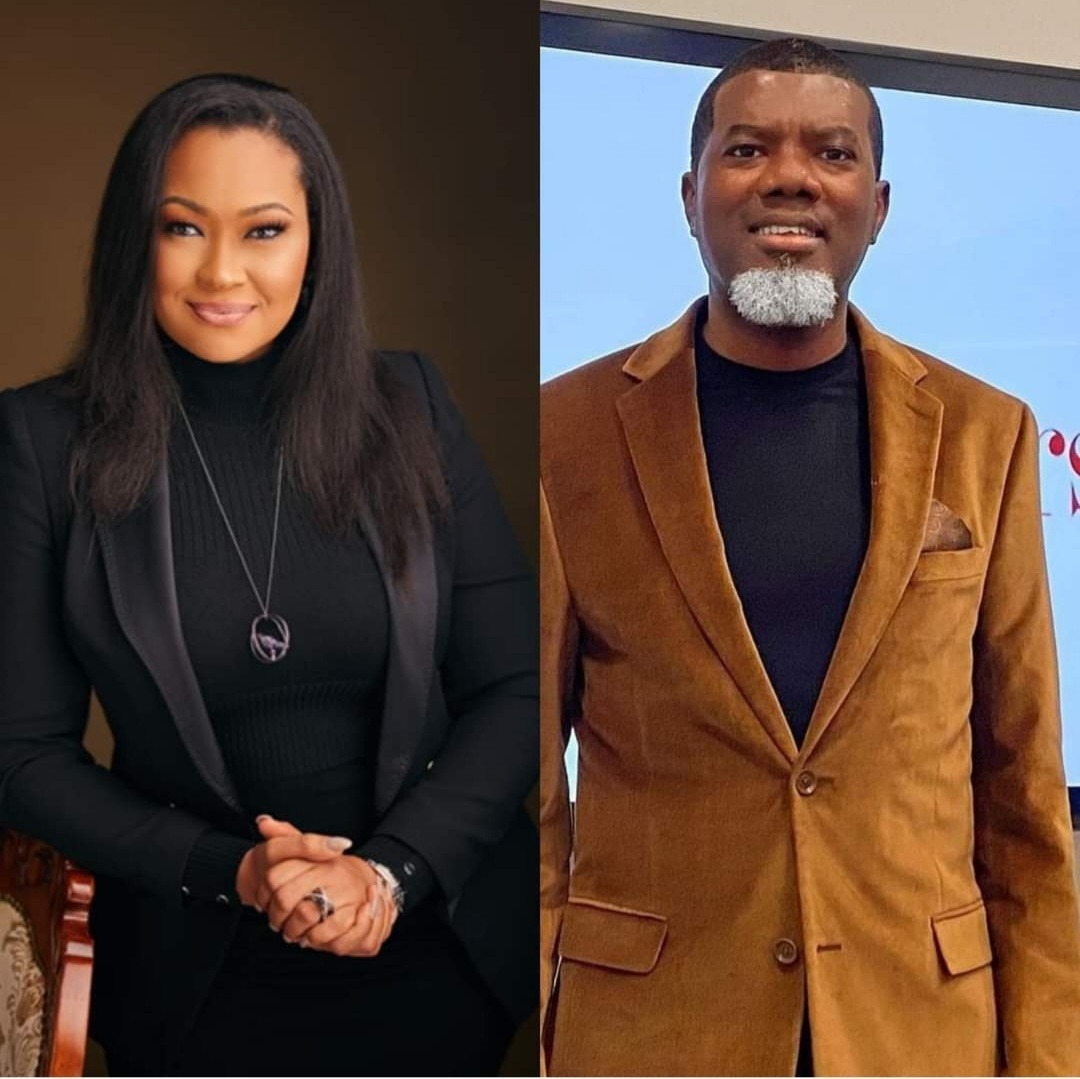 Politician, Natasha Akpoti has responded after Reno Omkri denied her claims that he made passes at her in Aso Villa in 2014.

Natasha had made the accusation after Reno shamed a young woman who jokingly asked him to be her sugar daddy.

Reno told the woman that he can’t go for an iPhone 3 when he has an iPhone 13 for a wife.

Natasha then responded, claiming that Reno had “numerous girlfriends” when he worked as the SA to the Nigerian President and he used his connection to connect them to benefit from the Sure P initiative.

She also claimed that Reno made sexual advances at her during a reception for the Kenyan president at Aso villa in 2014.

Responding, Reno shared a screenshot of his passport as he claimed the stamp showed he wasn’t in Nigeria at the time.

However, a number of Nigerians on Facebook and Twitter who travel often have poked holes at Reno’s claim, saying the supposed evidence he shared doesn’t prove he was out of Nigeria at the time.

Natasha also responded. In her post, she explained that Reno’s evidence doesn’t carry weight and she pointed out the discrepancies.

The Discrepancy In Reno’s Passport Stamps

I couldn’t help but laugh hard at your post which reeks of selective dementia, deceit and misogynistic prejudice.

You published your passport page with “selected” immigration stamps as “receipt” to alibi your absence at the State Banquet organized in honor of President Uhuru Kenyatta where I affirm that you Reno, made flirtatious advances which I turned down.

Let’s analyze your “receipts” as evidence.

Immigration officers can chip in expertise.

Now, a critical look at your stamps and basing them on your acclaimed narration of “having traveled to the USA on the 28th of April 2014 and RETURNED to Nigeria on the 23rd June 2014; shows great inconsistency.

Reno, the Nigerian Immigration stamp of the 23rd June 2014 has SOD and stamped you OUT of Nigeria; not into as you claim.

Whereas, the green stamp to the top right reading 23rd July 2014 has SOA and stamped you into Nigeria.

What does this mean:

That you Reno were in Nigeria during Kenyatta’s visit, attended the Banquet and traveled on the 23rd of June which is a month and two weeks AFTER the event; and returned to the country on 23rd July 2014.

However, that doesn’t mean you couldn’t have entered the USA on the 28th April 2014; but it could have a short day or two trip and returned to Nigeria before the 4th May in time to attend the Banquet.

As at this point dear Reno, you are yet to prove your date of return from your 28 April 2014 USA travel. This probably because Nigerians will figure your lie and know that you were in Nigeria at the questioned moment.

You see, time doesn’t move backwards, hence, you couldn’t have been stamped leaving Nigeria on the 23rd June 2014 and arriving the USA 28th April 2014. Impossible.

This proves my dear Reno that you lied in your publications about your absence; just like how you lied about not making a pass at me at the State Banquet.

For all it’s worth, Nigerians aren’t as gullible as you think. You have over the years been an expert in the fabrication of lies and manipulation of truth which honestly stands tall in depicting the despicable nature of your character.

I rest my case and l leave the good public to decipher the irregularities contained within your stamps.