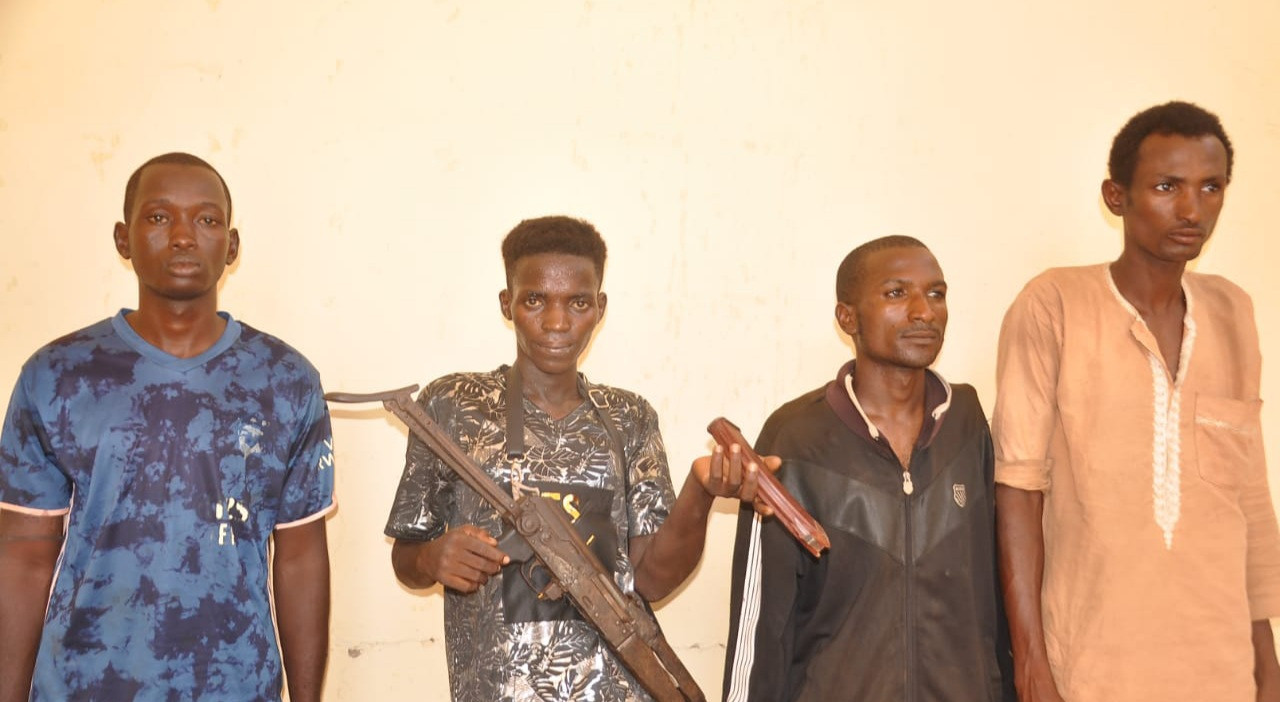 Police arrest four members of notorious gang behind the kidnap of widow, her daughter and attack on police station in Adamawa

Operatives of the of the Anti- Kidnapping Unit of the Adamawa State Police Command have arrested four notorious and high-profile kidnappers.

Spokesperson of the command, DSP Suleiman Yahaya Nguroje, who confirmed the development on Thursday, said the suspects are members of the gang that attacked Divisional Police headquarters in Ngurore, Yola South Local Government Area of the state and kidnapped a widow, Hauwa Umaru and her daughter.

According to the PPRO, during interrogation the suspects confessed to the crimes.

Operatives also recovered 1 AK-47 Rifle with 16 rounds of lives ammunitions from the suspects.

DSP Nguroje said that the arrest followed the order by the Commissioner of Police, CP Mohammed Ahmed Barde, and unrelenting effort by the Police towards ensuring perpetrators of the dastardly act are arrested and made to face the full wrath of the law.

According to him, the breakthrough which led to the arrest of the suspects began with the arrest of Babangida, who is one of the principal suspects in the kidnap operation.

He said that the confession of the suspect revealed how they abducted Hauwa Umaru, her daughter, one Alhaji Bahago of Ibbare and attacked on Ngurore police station on the 8th and 9th October, 2021.

He added that the police were assisted by some professional hunters who apprehended three other members of the gang.

He said that the Command under CP Barde is committed to working with law abiding citizens to secure the state and reduce crime to the barest minimum and assured that all the suspects will be charged to court on completion of investigation.