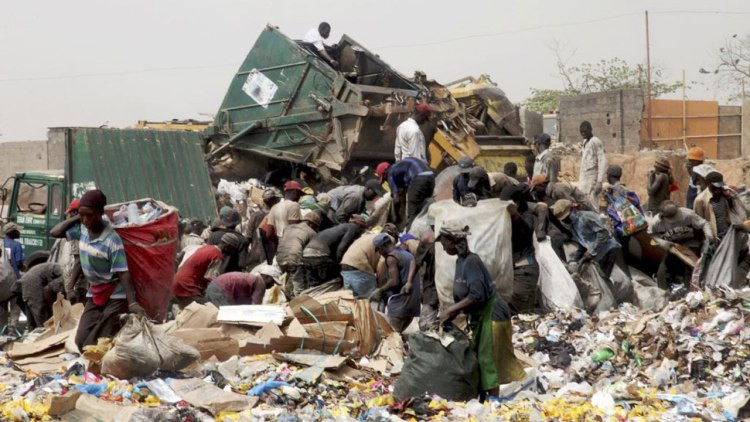 The police in Ondo state have arrested a 39-year-old scavenger, Basiru Ibrahim, for allegedly killing a 45-year-old man identified as Arise Ikuesan.

Ibrahim was said to have committed the crime in Ore, the headquarters of Odigbo local government area of the state. The deceased who was a ‘Landlord’ in the area, died from the injury he sustained from the attack that occurred on September 13, 2021.

Confirming the incident, the State Police Public Relations Officer (PPRO), Funmi Odulami, said the landlord was attacked for trying to stop the scavenger from picking scraps in his compound.

“On 13th September, 2021, at about 1600hrs, a report was made at Ore Divisional Headquarters that a scavenger, Basiru Ibrahim ‘m’ 39 years old hit an iron rod on the forehead of one Arise Ikuesan ‘m’ 45 years old, now deceased, after trying to stop the scavenger from picking iron rod in his compound.

Upon the receipt of the information, Detectives swung into action and arrested the suspect”she said

Odulami said the suspect confessed to committing the crime and he has been charged to court for prosecution.

BBNaija Star, Pere gets emotional over the love and support he’s received from his fans. (Video)