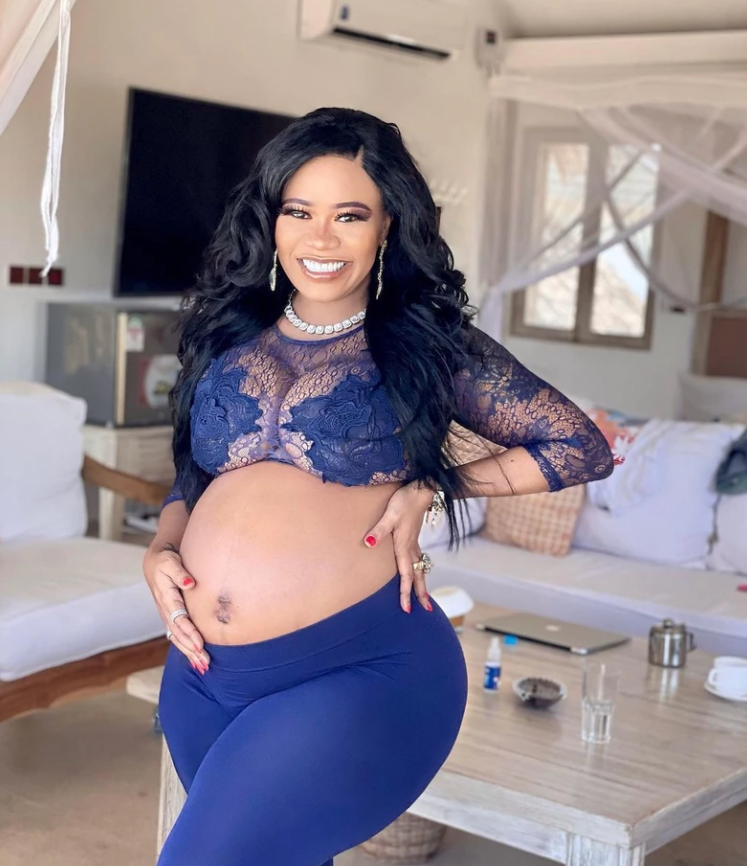 Kenyan socialite, Vera Sidika has fired back at those accusing her of begging for money to fund her lavish baby shower.

Sidika who stated that she spent over Sh800, 000 on her baby shower, wondered how someone who spends Sh60K on lunch in a day will be begging for Sh100k.

She went on to clarify that the Sh103, 000 in question was gifted to her by friends who had created a WhatsApp Group with the aim of surprising her during the Baby shower.

Ms Sidika who shared conversations from the WhatsApp Group that was created by her friend Risper Faith, went on to brag that her Baby Shower was the best party ever organized in Kenya and further added that those behind the rumor are mad that they weren’t invited.

“Tell me how can a Human being like me Use Sj113, 00 that did ask for. To throw a fancy Baby shower party that cost me over Sh800K. Since you all saying Watu walichanga pesa za BABY shower. Event planner alone has to be booked couple of weeks before event dates in this week season…how do you think 100K given on 9gh October 12pm as a surprise from friends can plan a fancy BABY shower.

“I little reminder I threw the best Baby shower ever. One I personally have ever seen before and that’s facts.”

The businesswoman also released an invoice from her event planner and decor provider showing she spent Sh634,500.