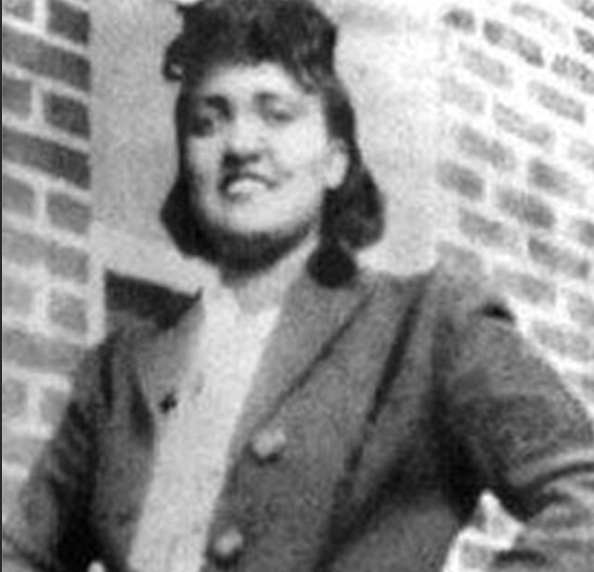 WHO accuses medical world of hiding race of a black woman Henrietta Lacks, whose cells were used to achieve breakthrough researches in cancer, HIV, COVID-19 and more

The World Health Organisation (WHO) has honoured Henrietta Lacks, recognising the world-changing legacy of the Black woman whose cancer cells were taken out without her consent, and has provided the basis for life-changing medical breakthroughs.

In 1951, Henrietta Lacks, a Black mother of five who was dying of cervical cancer, went to Johns Hopkins Hospital in Baltimore for treatment. Without her knowledge or consent, doctors removed a sample of cells from the tumor in her cervix. They gave the sample to a researcher at Johns Hopkins University who was trying to find cells that would survive indefinitely so researchers could experiment on them.

The invasive procedure led to a world-changing discovery: The cells became the first immortal line of human cells to divide indefinitely as it thrived and multiplied in the laboratory, something no human cells had done before. They were reproduced billions of times, contributed to nearly 75,000 studies and helped pave the way for the HPV vaccine, medications used to help patients with H.I.V. and AIDS and, recently, the development of Covid-19 vaccines.

The HeLa cell line was developed from her tumour and the cells were mass-produced, for-profit, without recognition to her family who only found out that they had been used for science in the 1970s. Her life and legacy were documented in the book The Immortal Life of Henrietta Lacks by Rebecca Skloot, which was later made into a film.

In addition to the HPV and polio vaccines, the cells allowed for development of drugs for HIV/AIDS, haemophilia, leukaemia, and Parkinson’s disease; breakthroughs in reproductive health, including in vitro fertilisation; research on chromosomal conditions, cancer, gene mapping, and precision medicine.

Earlier this month, Lacks’s estate moved to sue a pharmaceutical company that had used the HeLa cell line. The action said the company made a “conscious choice” to mass-produce the cells and profit from a “racially unjust medical system”, the Reuters news agency reported.

More than 50,000,000 metric tonnes of HeLa cells have been distributed around the world since they were taken from Lacks, according to the WHO.

In recognising Henrietta Lacks, the WHO said it wanted to address a “historic wrong”, noting the global scientific community once hid her ethnicity and her real story.

“WHO acknowledges the importance of reckoning with past scientific injustices, and advancing racial equity in health and science.

“It’s also an opportunity to recognise women – particularly women of colour – who have made incredible but often unseen contributions to medical science.”

Tedros noted that Black people like Henrietta Lacks suffered racial discrimination in healthcare, and the problem remained in many parts of the world today.

“Henrietta Lacks was exploited. She is one of many women of colour whose bodies have been misused by science.

“She placed her trust in the health system so she could receive treatment. But the system took something from her without her knowledge or consent.”

Henrietta’s oldest son, 87-year-old Lawrence Lacks received the award from the WHO at its headquarters in Geneva. He was accompanied by several of her grandchildren, great-grandchildren, and other family members.

“We are moved to receive this historic recognition of my mother, Henrietta Lacks – honouring who she was as a remarkable woman and the lasting impact of her HeLa cells. My mother’s contributions, once hidden, are now being rightfully honoured for their global impact.

“My mother was a pioneer in life, giving back to her community, helping others live a better life and caring for others. In death she continues to help the world. Her legacy lives on in us and we thank you for saying her name – Henrietta Lacks.”

Ms. Lacks’s descendants have expressed pride in what her cells have gone on to achieve, but also fury over how she was treated by doctors. That fury has only been compounded by the commercialization of her cells.

Dr. George Gey, who studied Ms. Lacks’s tissue, also did not profit off his research. But over the decades, biotech companies have commercialized the cells, sold them and never gave Ms. Lacks’s family any compensation.

Avoid showing these Zuckerberg streets your significant other. The internet is where ships go to sink