The 30-year-old reality star received massive love from his fans upon his arrival in Abuja today, October 15th. 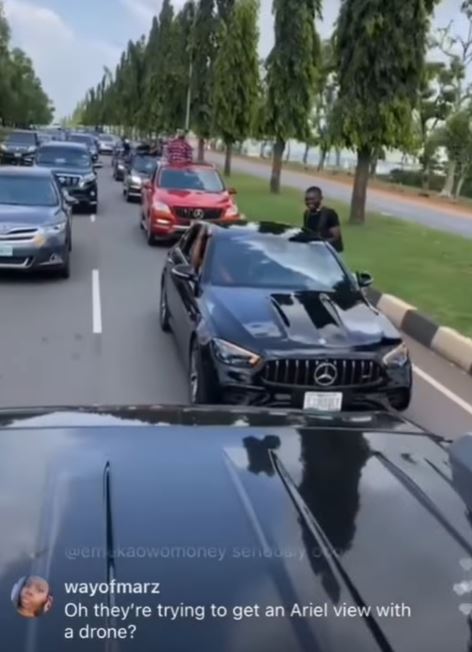 He was welcomed by a grand convoy which include over 200 power bikes and cars, while he rode in a Lamborghini sports car acknowledging his fans as they cheered him.

Watch video from his grand welcome below,

This is coming after Fans of the former Big Brother Naija housemate, Cross threw a welcome party for him in Lagos on Friday evening, October 8th.

However the highlight of the night was when his mum presented him with a bible and showered prayers on him. She described the bible gift to him as the highest gift.