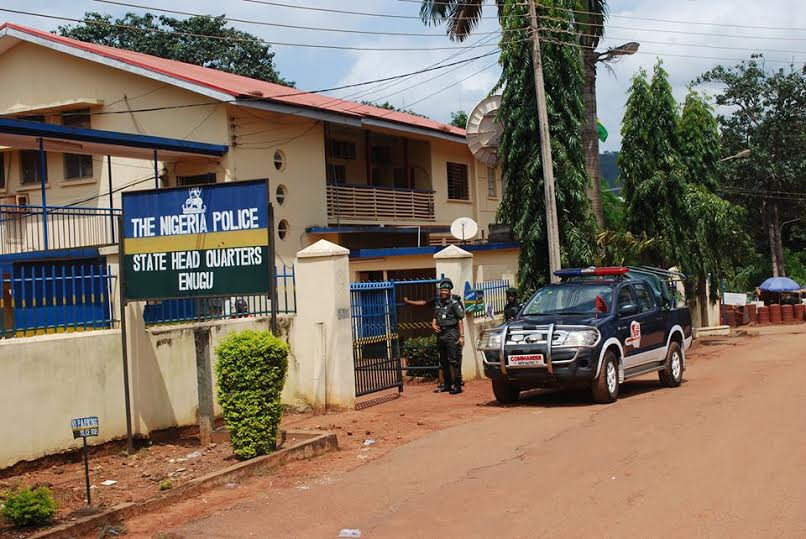 The police in Enugu state have arrested a 60-year-old man simply identified as Ikechukwu, for allegedly killing his son in Ogbozinne-Ndiagu Akpugo community, in the Nkanu West Local Government Area of the state on Thursday, October 14.

The father of four reportedly killed his son on Thursday on the claim that the 32-year-old allegedly threatened to kill him over issues yet to be ascertained.

According to reports, Ikechukwu had on Wednesday night placed a distress call to the chairman of his village that his son had threatened to kill him while they were engaged in a heated argument. The village chairman immediately alerted the community chief security officer CSO and his team who visited Ikechukwu’s home to salvage the situation.

According to eyewitnesses, while the CSO and his team were still making peace between the warring father and son, Ikechukwu allegedly used an axe to cut his son’s back. His son would later die in the morning. His attempt to get his son buried was aborted by his neighbors who immediately reported the case to the police.

Confirming the incident, the spokesperson of the state police command, Daniel Ndukwe, said three suspects have been arrested in connection with the incident.

“Three suspects have been arrested in connection with the case of alleged conspiracy and murder. Investigation is ongoing at the State Criminal Investigation Department, Enugu State.

The father of the deceased, the chairman of the community and the CSO are helping the police in their investigation”Ndukwe said