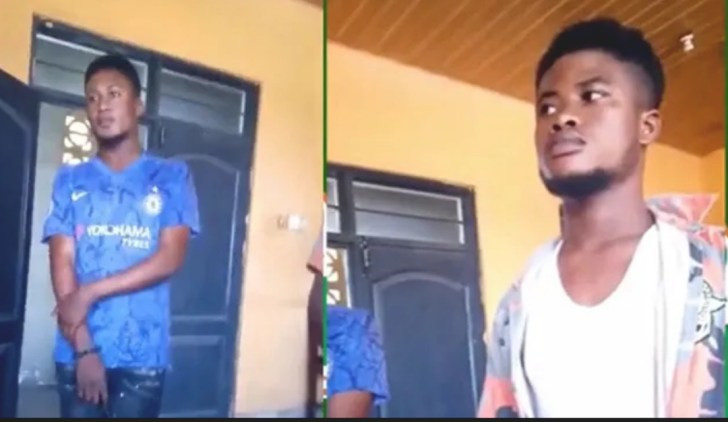 Kasoa Market Police in Ghana on Thursday October 14, arrested a suspected gay couple after one was stabbed for cheating.

The suspects have been identified as Prince Nyator, 22 and Evans Amoah 23 years. Police sources told local news platforms that the two work in the same restaurant at Kasoa New Market.

Eyewitnesses at Kasoa Market told MyJoyOnline that Prince found out that Evans was having an affair with a female while he denied him (Prince) sex. This provoked Prince to stab Evans.

In an interview with Adom News, Evans said he has been involved in the practice since Senior High School with his teacher.