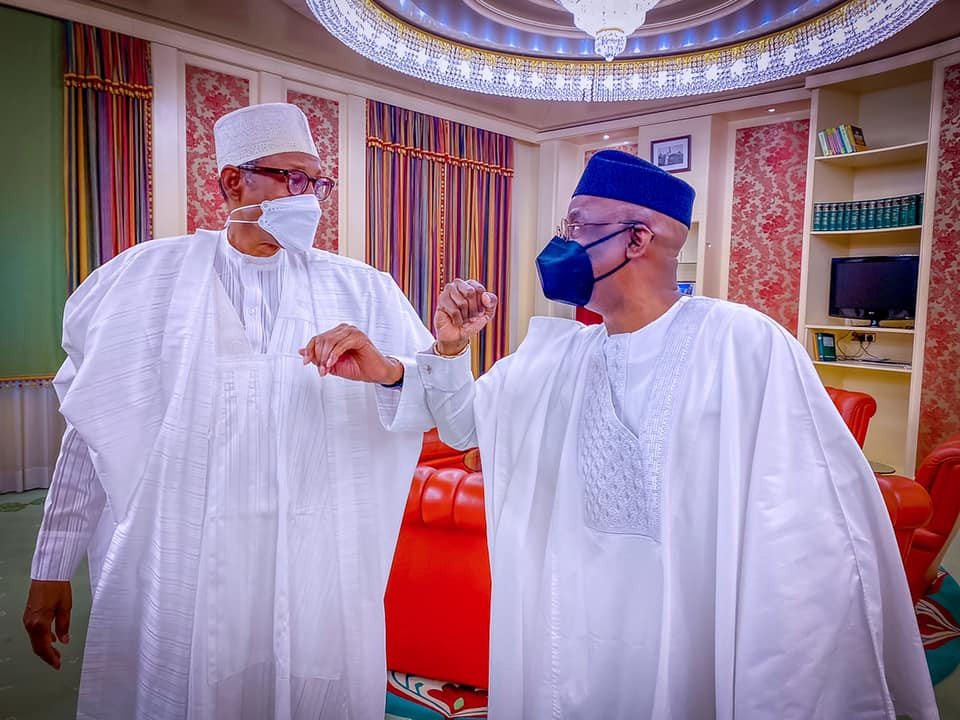 Pastor Tunde Bakare who met with President Muhammadu Buhari earlier today at the state house in Abuja, has faulted the clamor for power rotation.

Addressing reporters at the presidential villa after meeting President Muhammadu Buhari on Friday October 15, Bakare said what the country needs is a competent President and not power rotation.

He also averred that the “immaturity” of the citizens is responsible for “making us say power must either be in the north or be in the south, instead of looking for the best”.

“Listen to me, if where the president comes from will make the place he has come from to be better, the northern part of Nigeria should be richest and should be the most progressive and the most developed because out of 61 years, the north has produced either the president or heads of state for 40 to 41 years and yet, see the retrogression in the north.

“If it’s from the south, why should a person like President Obasanjo freeze and seize the account of Lagos state in his own tenure? If it’s from south-south or south-east, why couldn’t President Jonathan use all his powers to develop south-south/south-east?

“If there are agreements between politicians on rotation, a bargain is a bargain. That is between them. But as far as this country is concerned, what we need at this stage is a man who can drive us to the Eldorado.”

The cleric also described the adoption of electronic transmission of election results as one of the best things the present National Assembly had done.

“Perhaps one of the best things the present national assembly has done, especially the senate, because, with that, Nigerians can vote and then results can be transmitted so easily.

“Not only that, part of the state of the nation address that I did on October 10, I emphasised how Nigeria youth, especially undergraduates, are disenfranchised in our country.”

“Every Nigerian, who is of age and who is not disqualified by any means, is free. I’m a nation builder, if God wants me to do that, and the people of Nigeria will appreciate that, why not? I’m as free as anybody to do anything with my time. I’ve pastored a church for 33 years, now we raise new leaders. I want to focus on nation building.

“The Office of the President is only one office, there’s so many other things we can do as people to support whoever is there to make sure that we do not go into retrogression, but begin to make steady progress as a people. I’ve already communicated clearly, my future plans to Mr. President, and it stays between us.”