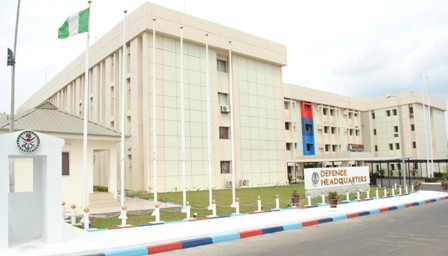 Over 13,000 suspected terrorists surrendered to troops in two weeks – DHQ

The Nigerian Defence Headquarters has said that over 13,000 suspected terrorists have surrendered to Nigerian troops in the last two weeks.

Acting Director, Defence Media Operations, Brigadier General Bernard Onyeuko stated that this include some members of families of the suspects, including women and children.

Onyeuko also revealed that 29 suspected terrorists were killed within the period while 13 others were arrested.

“Troops of this operation have sustained aggressive posture with vigour in the North-East which yielded significant result. The series of land and air operations conducted in different operations across the North-East theatre have reduced the operational capabilities of the insurgents.

“With the period under review, several terrorist elements were neutralized and several others arrested alongside their informants and logistics supplies.

“Consequently, more terrorists have continued to lay down their arms and surrender to own troops with their families as they could no longer withstand the offensive operations within the theatre.

“With the period, a total of  29 terrorists were neutralized, 13 terrorists including their informants and logistics supplies were arrested in the course of these operations.”