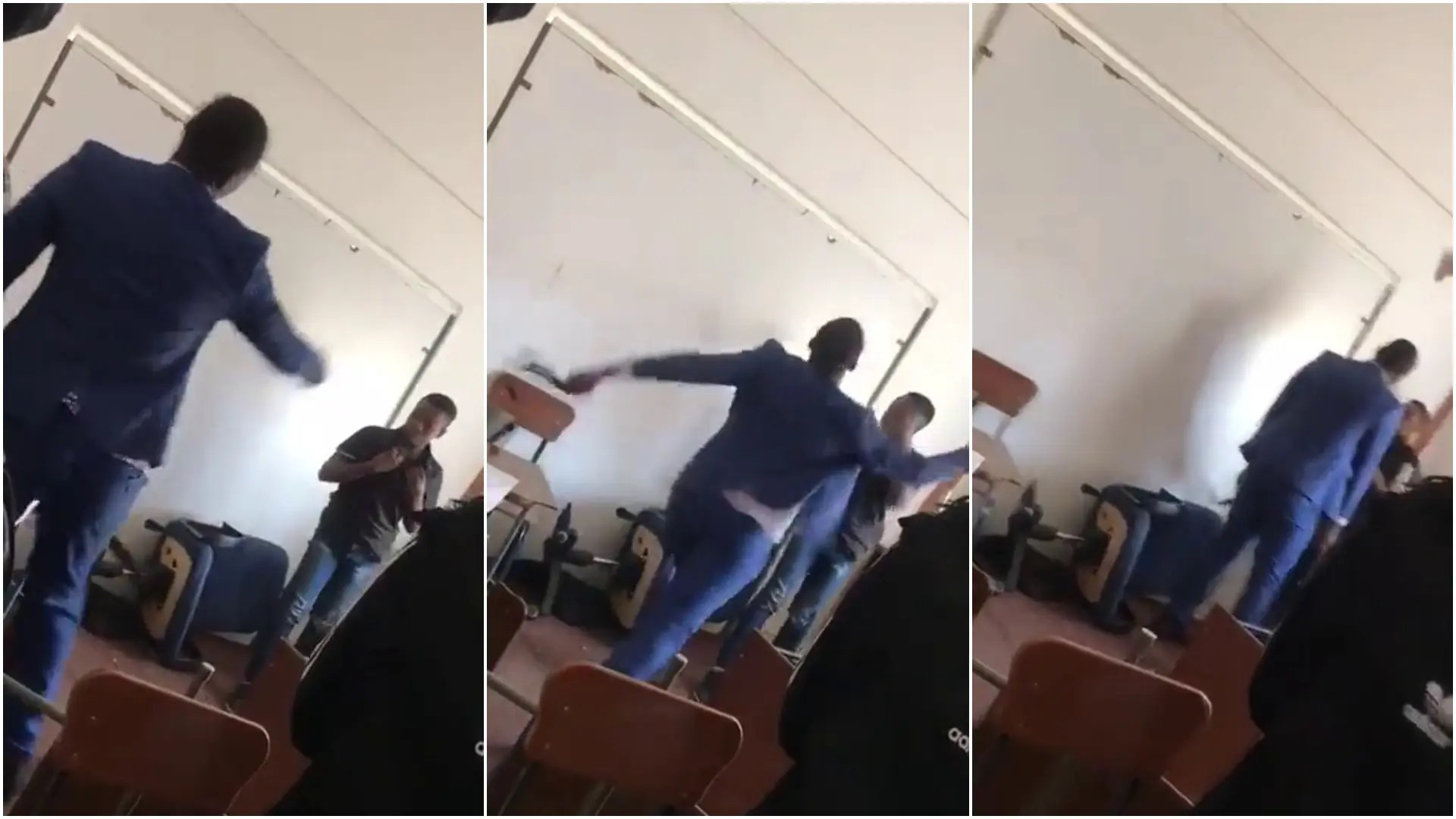 A private school teacher has been arrested following an outcry that trailed a viral video of him assaulting his student.

The teacher identified as Michael Freeman Chingwaru, is said to be a maths teacher at Harare Einstein Tuition Centre in Zimbabwe.

The teacher was seen slapping and wrestling with the student on the floor,before accusing him of disrespecting him.

He then head-butted the student several times, before pulling out a leather belt and beating the student with it. Even as other students appealed to him to show restraint, he continued.

The teacher is presently in police custody and will appear in court on assault charges.

Emmanuel Kojo, first black actor in Beauty And The Beast show in UK removed from cast over allegations of inappropriate language