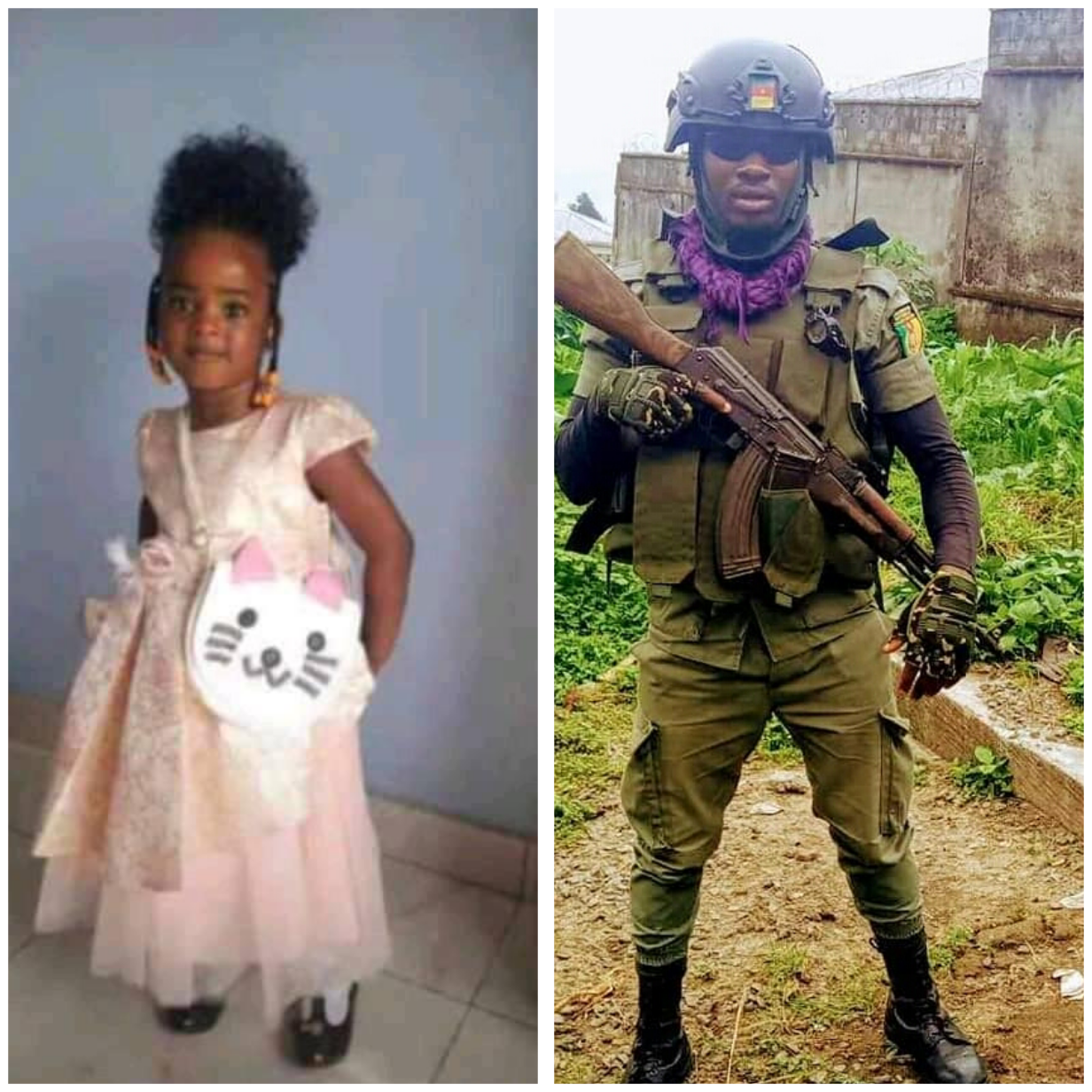 A mob lynched a military police officer identified as Mvogo Achille Rigobert, after he killed a five-year-old girl, Caro Louise Ndialle, when he fired at a car at a checkpoint in the capital of Cameroon’s English-speaking South West Region on Thursday, October 14.

The girl’s death sparked protests in Buea, with demonstrators marching her body to the regional governor’s office. Sporadic gunfire also erupted in town, although it was unclear who was shooting.

There are conflicting reports on the incident with some saying that the gendarme had demanded ‘FCFA 500 illegal control fee’ from the woman driving the children to school but she refused to give him and drove off.

However, the Cameroon Defence Ministry in a statement, said that the vehicle’s driver initially refused to stop at a gendarmerie checkpoint and then tried to pull away from the officers who had managed to force him to a halt.

“In an inappropriate reaction, unsuited to the circumstances and clearly disproportionate to the irreverent behaviour of the driver, one of the gendarmes fired warning shots in order to immobilise the vehicle,” the statement said.

“In the process, the little Caro Louise Ndialle, a young pupil aged about 5, who was on board the said vehicle, was fatally shot in the head.”

A crowd then set upon the gendarme and killed him, the ministry said, adding that an investigation has been opened into the two deaths.

Hundreds of residents took to the streets of Buea, some holding tree branches in a sign of peace. Others waved 500 franc CFA currency notes ($0.88), which they said was how much the girl’s parents refused to pay before the gendarme opened fire.

The regional governor office promised swift action as he tried to calm the crowd that had marched to his office.

“How is it that a child on her way to school is killed?” Governor Bernard Okala Bilai said. “Rest assured that those who did it will pay. It is an atrocity.”

Meanwhile, the slain girl was buried on Thursday evening amidst tears.

Teen boy, 16, gets 9-years to life for stabbing college girl to death in phone robbery